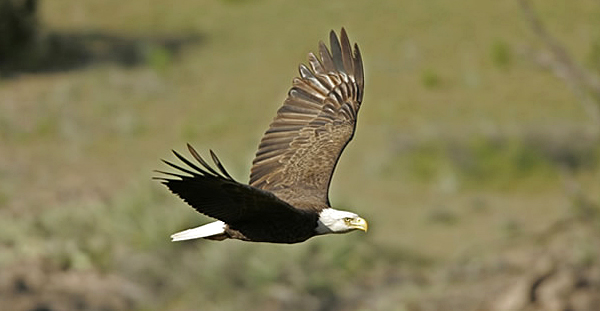 The bald eagle in Arizona has experienced a large population increase since the species was listed under the Endangered Species Act in 1978.  At that time, only 11 breeding pairs had been identified.  Since then, multiple studies and intensive management projects have contributed to our knowledge of the bald eagle in Arizona, and the population has grown. This growth, not only in Arizona but nationwide, prompted the U.S. Fish and Wildlife Service to remove the bald eagle from the Endangered Species Act in 2007. However, continuing threats to the population in the southwest require the continuation of protective management actions. These actions are coordinated by the Southwestern Bald Eagle Management Committee, and implemented through the Arizona Game and Fish Department.