The Arizona Game and Fish Commission establishes policy for the management, preservation and harvest of wildlife, and makes rules and regulations for managing, conserving and protecting wildlife and fisheries resources, as well as for safe and regulated watercraft and off-highway vehicle operations 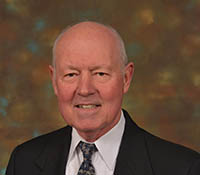 James E. Goughnour of Payson was confirmed as a member of the Arizona Game and Fish Commission by the Arizona Senate on Jan. 29, 2019 following his appointment by Gov. Doug Ducey. He has lived in Arizona for more than 40 years and is a driving force for wildlife conservation and outdoor recreation in the Payson area. He is the owner of Rim Country Custom Rods, a small business that designs and builds custom fishing rods. Prior to starting his business, he worked 26 years for General Dynamics Aerospace Systems Group (previously Motorola Space Systems Group), culminating in his position as project manager responsible for all aspects of the Aerospace Operations Program.

Goughnour is active in the community. He is the immediate past president of the Mogollon Sporting Association (MSA), a not-for-profit 501(c)3 volunteer organization that raises funds to benefit wildlife conservation and youth education programs throughout the Mogollon Rim area. He has also chaired the Payson Special Volunteer Committee, where he led a group of business owners, county and town representatives, and volunteers to develop a plan to attract national-level bass fishing tournaments to Roosevelt Lake and promote Payson as the “Host Town.” Several FLW (Forest L. Wood) and two WON (Western Outdoors News) national bass fishing tournaments have since been conducted at Roosevelt Lake,

Goughnour chairs the Gila County Roundtable, a group of Gila County anglers working with AZGFD to enhance fishing conditions at Roosevelt Lake. He is an active member of the Bass Anglers Sportsman Society (B.A.S.S.), FLW, the National Rifle Association, and the Tonto Rim Sports Club. He earned a Bachelor of Science in Business Administration from the University of Phoenix. Contact me. 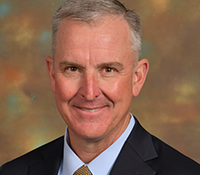 Todd G. Geiler, O.D., of Prescott, maintains a solo optometric practice that his grandfather began in 1946 in Prescott. A lifelong outdoorsman, Dr. Geiler is an avid hunter and advocate for conservation of all of Arizona’s diverse wildlife and their habitats.
He volunteers his time involving young people in a full spectrum of our Arizona’s outdoor activities. He spearheaded a partnership with the City of Prescott and the Arizona Game and Fish Department providing the youth of Prescott, Prescott Valley and Chino Valley with a Kids Free Fishing Day. This day encourages children to spend time outdoors fishing and learning hands-on conservation. He is a Benefactor member of the National Rifle Association and a member of numerous other organizations, including the Arizona Desert Bighorn Sheep Society, the Arizona Deer Association, Arizona Farm and Ranch Bureau, the Pope and Young Club, the Granite Mountain Archers, Safari Club International, Prescott Sportsmen’s Club, Kiwanis Club of Prescott, and other local organizations.
Dr. Geiler earned a bachelor of visual science and doctorate of optometry from Pacific University in Forest Grove, Oregon. Prior to that, he attended Glendale Community College and Northern Arizona University for pre-doctoral studies with an emphasis on physics and finance. Contact me. 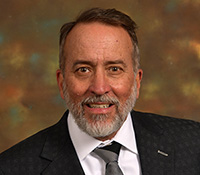 Clay Hernandez, of Tucson, was confirmed as a member of the Arizona Game and Fish Commission by the Arizona Senate on Feb. 2, following his appointment by Gov. Doug Ducey. A longtime angler and hunter, he has dedicated nearly 30 years to wildlife conservation and is a member of Trout Unlimited, the National Wild Turkey Federation, the Arizona Elk Society, the Arizona Antelope Foundation, and Project Healing Waters of Southern Arizona.

He is active in the community and has served as president of the Old Pueblo (Tucson) chapter of Trout Unlimited and was on the board of the Tucson Chapter of the National Wild Turkey Federation. He has volunteered as a fly fishing guide for Project Healing Waters in Arizona, Colorado and Alaska. He also volunteered for four years in an Outdoor Studies class for a Tucson High School.

Hernandez has called Arizona home for more than 40 years and has been a practicing attorney in Tucson since 1986. He received a Bachelor of Science degree from Arizona State University in 1981 and his Juris Doctorate from the University of Arizona in 1986. He is a licensed pilot and speaks two languages. Contact me. 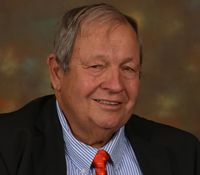 Leland “Bill” Brake of Elgin was confirmed as a member of the Arizona Game and Fish Commission by the Arizona Senate on March 6, 2018, following his appointment by Gov. Doug Ducey. An avid wildlife enthusiast, he has promoted activities with various wildlife groups in coordination with the Game and Fish Department to encourage involvement of youth and women in wildlife programs. Mr. Brake has owned and operated ranches in various Arizona counties for 50 years and has served as past president and current board member of the Arizona Cattle Growers’ Association, chairing its Wildlife Committee.

He has served as an agriculture consultant for DuPont Agriculture and as chief operating officer and president for distribution of heavy fuels and asphalt for HollyFrontier, which manufactures and markets a variety of asphalt-related products. He served as past chairman of the Arizona Rock Products Association. Mr. Brake is active in the community, serving as a board member and current chair of the Advisory Committee for the University of Arizona’s School of Natural Resources (Wildlife and Range Management), and on the Resource Advisory Committee (RAC) for the Bureau of Land Management for Arizona. He earned a Bachelor of Science in Range Management, with a minor in Wildlife Management, from the University of Arizona. Contact Me. 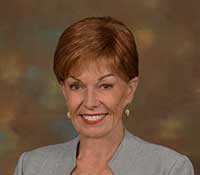 Marsha Petrie Sue, of Scottsdale, was appointed to the Arizona Game and Fish Commission on Sept. 6 by Gov. Doug Ducey. A long-time hunter and angler, she has dedicated nearly 25 years to wildlife conservation. She is an Arizona Antelope Foundation Life Member, Arizona Deer Association volunteer, Arizona Desert Bighorn Sheep Society conservationist, and past Women’s Outdoor Media Association Chair. She also serves on the NRA Women’s Leadership Forum Executive Committee. InBusiness Magazine recognized her as a 2022 Woman of Achievement, and she has received the Margie Herndon Conservation Award and the Daughters of the American Revolution Community Service Award.

Ms. Sue has called Arizona home for more than 32 years. She is a retired Corporate Executive who founded Communicating Results and is currently a professional speaker, author, and executive coach. She received a Bachelor of Arts degree from California State University at Long Beach and a Master of Business Administration from the University of Phoenix. Contact me.