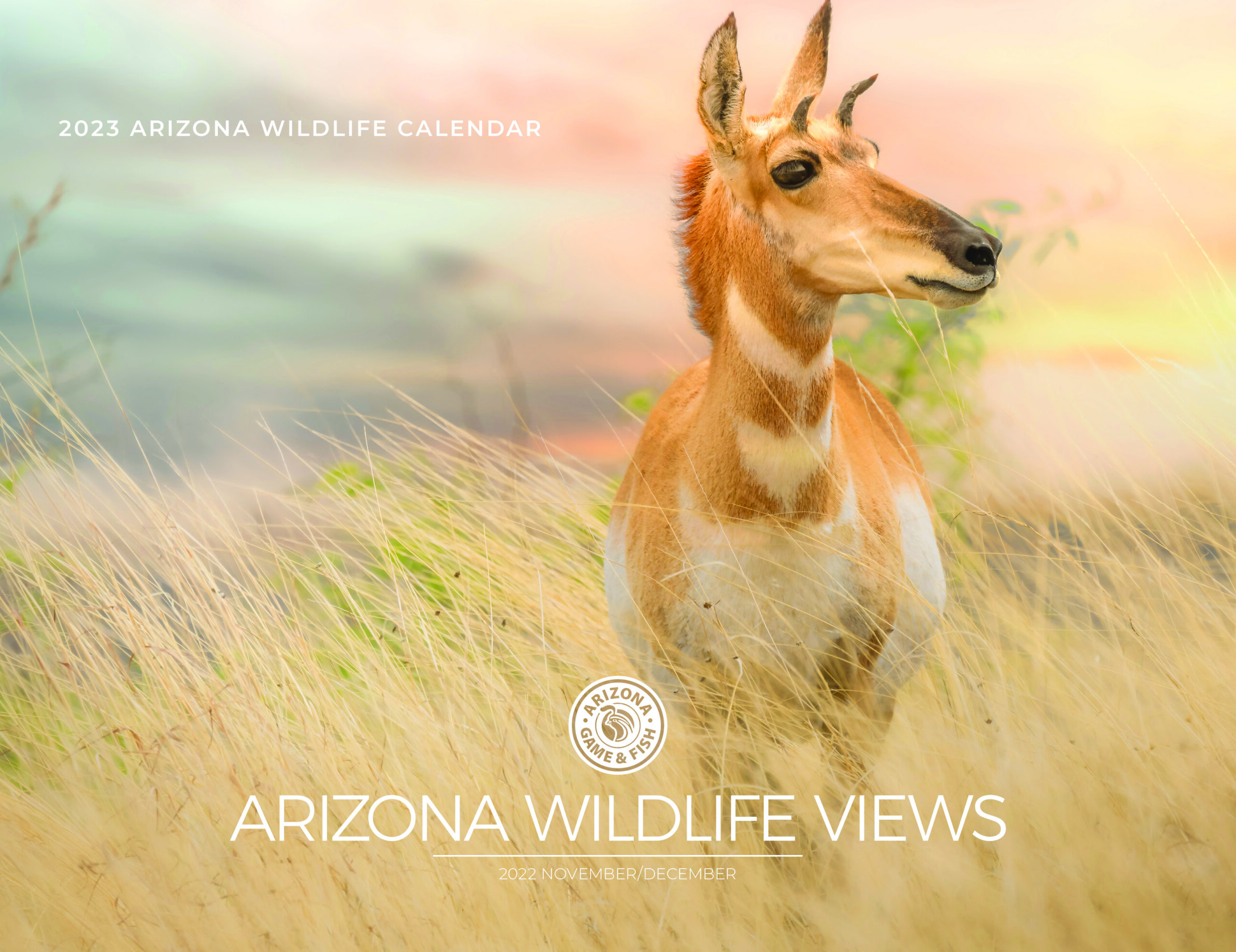 PHOENIX — The Arizona Game and Fish Department has unveiled its 2023 wildlife calendar, which showcases the winning photographs from its annual contest.

Twelve winning photographs are included in the full-size calendar that is published in the November-December 2022 issue of Arizona Wildlife Views magazine. All subscriptions ordered through Dec. 31, 2022, will receive the calendar issue and also get free bonus issue(s) added to the order. The calendar also will be sold at all Arizona Game and Fish offices for $3 (while supplies last) starting in mid-November.

David C. Vincent’s photo of an American pronghorn in Sonoita was awarded best in show and is featured on the cover of the calendar issue. “I had a feeling something was going to happen the day I took this photo because the light was magical,” says Vincent, of Tucson.

Given the strength and diversity of this year’s nearly 1,900 entries, the judges singled out 20 images from talented photographers for honorable mention. Those photos also are featured in the calendar issue.

Remember: A subscription to Arizona Wildlife Views, already one of the best deals around, is now even better if you order through Dec. 31, 2022:

Subscribe today to bring Arizona’s wildlife and wild places into your home!