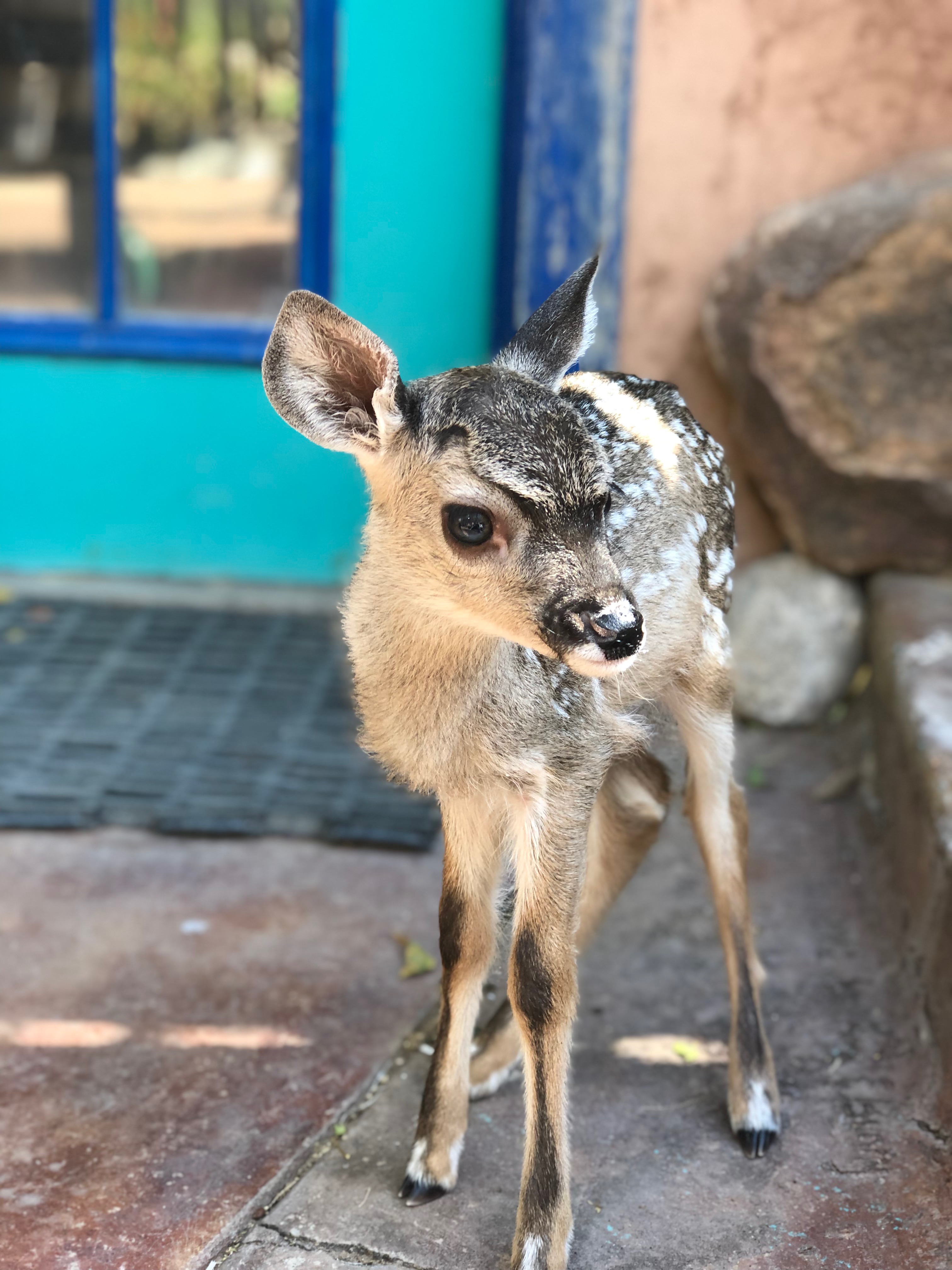 PHOENIX — The Arizona Game and Fish Department placed an orphaned three-week old deer fawn with Bearizona on Thursday after its mother was recently struck and killed by a vehicle in the Safford area.

Since the accident, the impressionable young white-tailed deer fawn became dependent on humans for survival and could no longer be released back into the wild. Luckily, the department was able to place the fawn with the 160-acre Bearizona wildlife park in Williams.

“While this was a tragic accident, Game and Fish wildlife managers have noticed an uptick in calls from well-meaning citizens who have removed fawns from the wild,” AZGFD Education Branch Chief Kellie Tharp said. “We understand the public’s desire to help animals such as fawns and other baby wildlife, but in reality, wild animals are rarely abandoned or orphaned. The best thing you can do is to leave baby wildlife alone.”

The public should contact a licensed wildlife rehabilitator or their nearest AZGFD office if they encounter an animal that is clearly sick or injured with wounds or broken bones; is unresponsive or lethargic; has been attacked by a cat or dog; or there is strong evidence that the mother is dead.

By removing newborn or juvenile animals from the wild, you’re essentially taking it from its parents, Tharp said. Elk and deer often leave young by themselves for several hours while they forage for food, and when their fawn or calf is not there when they return, will frantically search in vain.

Some species of baby animals, such as elk calves or deer fawns, may even have to be euthanized because they cannot be released back into the wild due to disease concerns. In addition, zoos and other wildlife sanctuaries have limited space to hold them.

Each year wildlife centers around the state are inundated with baby birds, rabbits and other wildlife that were unnecessarily taken from the wild. Typically, once the perceived predator (you, or your cat or dog) leaves the area, one or both parents will return and continue to care for the young.

Baby birds are the most common wildlife species encountered by the public and removed from the wild. Young birds that have fallen from the nest can be placed back in the nest or as close as possible, preferably in an artificial nest. Those birds that are partially flighted should be left alone or in some cases moved nearby out of harm’s way.

Contrary to popular belief, human scent will not prevent the parents from returning to care for their young. Eggs of ground-nesting birds like quail should be left in place when discovered.

Those with questions about a specific situation should contact one of the wildlife rehabilitators listed on the department’s website at: www.azgfd.gov/urbanwildlife or contact their local Game and Fish office.