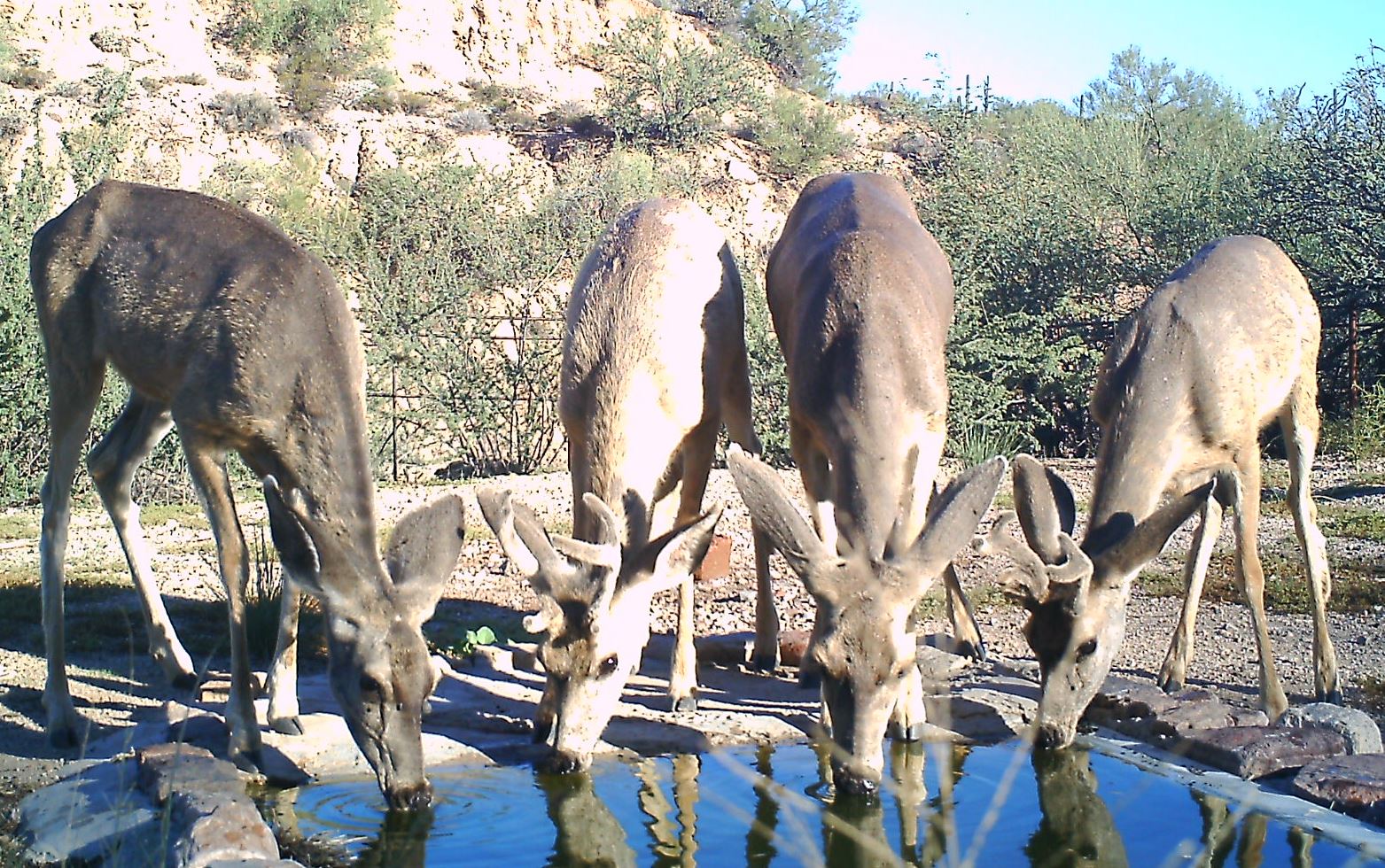 Public can help by texting “SENDWATER” to 41444

PHOENIX — Water is the essence of life, and it’s just as precious for Arizona’s wildlife.

As drought conditions continue to worsen across the Southwest, the Arizona Game and Fish Department (AZGFD) is preparing for another record-setting year of delivering lifesaving water to thirsty Arizona wildlife.

AZGFD trucked and airlifted an unprecedented 2.4 million gallons of life-sustaining water to catchments throughout the state in 2020. With little relief in sight, AZGFD anticipates hauling close to 3 million gallons of water in 2021.

“We usually get a break from hauling water in August after monsoon rains refill much of our water catchments,” said Joseph Currie, habitat planning program manager, who oversees AZGFD’s water-catchment efforts.

“However, due to this extreme drought, we haven’t stopped hauling water from 2020. We anticipate having to haul more water this year than we ever have before.”

Trail cameras document the results of this critical work, with images of elk, deer, bighorn sheep and other species leaning over for a refreshing drink at one of 3,000 catchments maintained by AZGFD.

“Water catchments don’t discriminate; they’re used by all wildlife from big game to some of the smallest squirrels, lizards, birds, bats and even bees,” Currie said.

To help defray the rising costs of providing water for Arizona’s wildlife, the public is encouraged to support the department’s “Send Water” donation campaign by simply texting “SENDWATER” to 41444 from any smartphone. All funds that are raised ensure that AZGFD can deliver water to remote areas of the state, as well as help to mitigate population fluctuations caused by severe drought conditions.

While AZGFD partners with several wildlife organizations, the department bears much of the costs of hauling water. It also maintains about 1,000 of its own catchments statewide, some of which must be filled with water flown in by helicopter. In addition, AZGFD maintains 1,000 Bureau of Land Management and 1,000 U.S. Forest Service catchments.

This is the 75th year that AZGFD has been hauling water to Arizona wildlife, with the first “Arizona Guzzler” assembled in 1946.

For more information about how AZGFD conserves and protects 800-plus wildlife species that call Arizona home, or to make a donation to the Send Water campaign, visit AZwildlifehero.com.