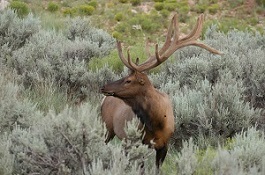 After conducting workshops last month in Phoenix and the department’s regional offices in Mesa, Tucson, Pinetop and Flagstaff, AZGFD has added workshops for later this month in Kingman and Yuma.

The workshops will feature a short lecture (20 to 30 minutes), followed by an outdoor demonstration (20 to 30 minutes) on how to collect and submit the required lymph node tissue sampling for testing. There also will be opportunities to speak with wildlife health personnel, including technicians, as well as wildlife managers.

Hunters can register by sending an email to: cwd@azgfd.gov

The workshops (at department regional offices):