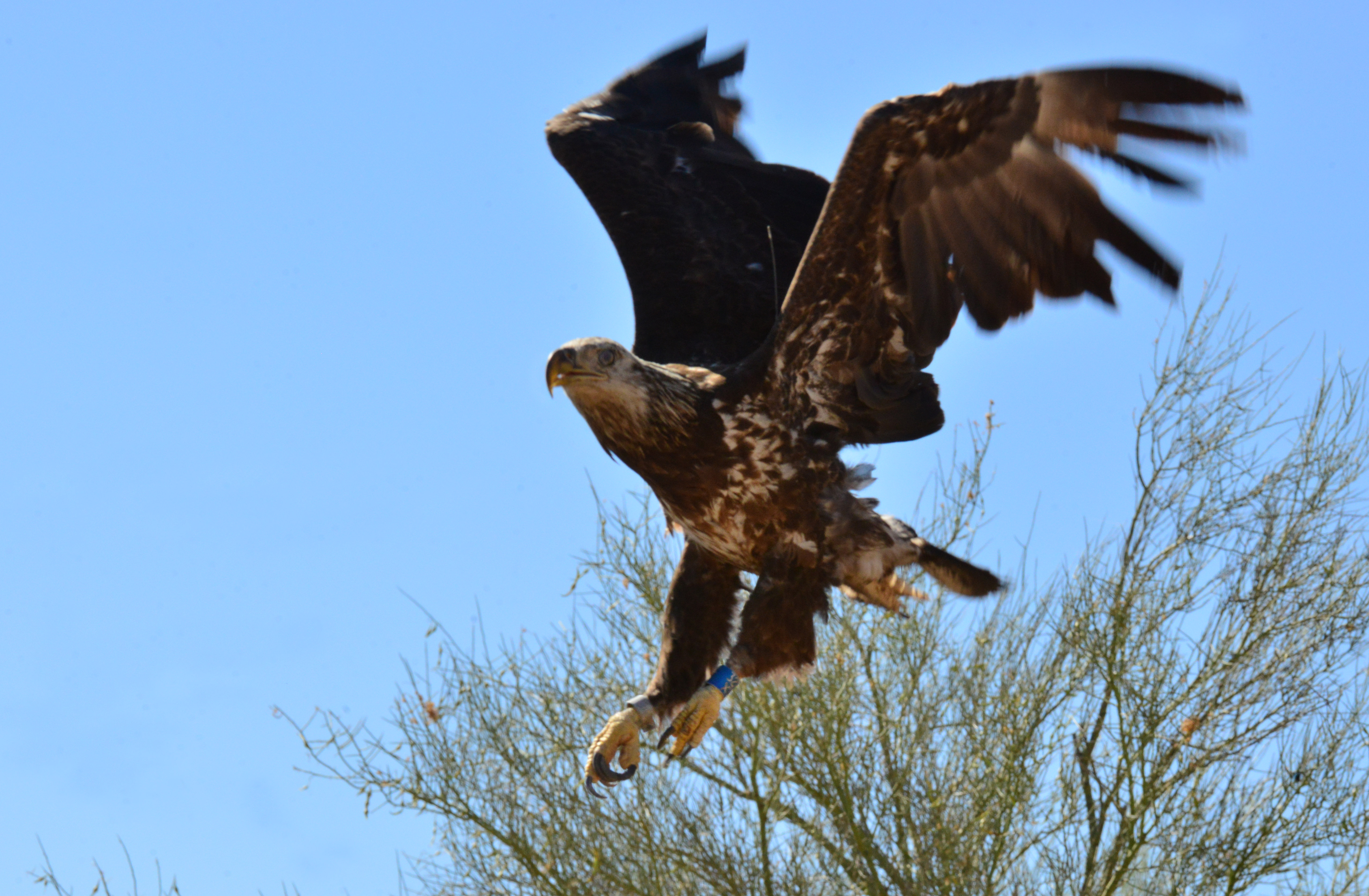 A juvenile bald eagle flies away after being released at Horeshoe Lake in June 2019.

PHOENIX — A record number of bald eagle breeding areas couldn’t guarantee another shattered record of eagle nestlings, which dipped to 71 during the 2019 breeding season from 87 hatched in 2018.

During the Arizona Game and Fish Department annual bald eagle survey this summer, raptor biologists counted a minimum of 74 occupied breeding areas statewide, which was up from the 69 counted last year. Despite that, the number of eggs laid this year dipped slightly to 97 from the 102 counted last year.

“While we always hope for Arizona’s bald eagle population to increase, it’s not uncommon for productivity to slow occasionally,” said Kenneth Jacobson, AZGFD bald eagle management coordinator. “Similar comparatively lower productivity rates were also seen in 2014 and 2010, so we were due for a slow year. Overall, our eagle population continues to be strong because we continue to see an increase in breeding areas statewide. Our ongoing efforts to help conserve and protect Arizona’s bald eagles appear to be working.”

Arizona’s bald eagle population has flourished since 1978, when 11 pairs were counted within the state and the species was listed as endangered. Today there are an estimated 74 adult breeding pairs.

The impressive recovery of the population is attributed to the continued efforts of the Southwestern Bald Eagle Management Committee – a coalition of AZGFD and 27 other government agencies, private organizations and Native American tribes – and its years of cooperative conservation efforts, including extensive monitoring by the nationally-awarded Bald Eagle Nestwatch Program.