Do your part, stay smart about desert tortoises 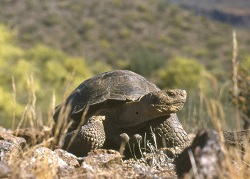 PHOENIX — Much-needed rain brings out desert wildlife in Arizona. Animals may wander in search of mates, moisture and, if necessary, to escape flooding.