*The following is a joint news release from the Arizona Game and Fish Department and the U.S. Fish and Wildlife Service. 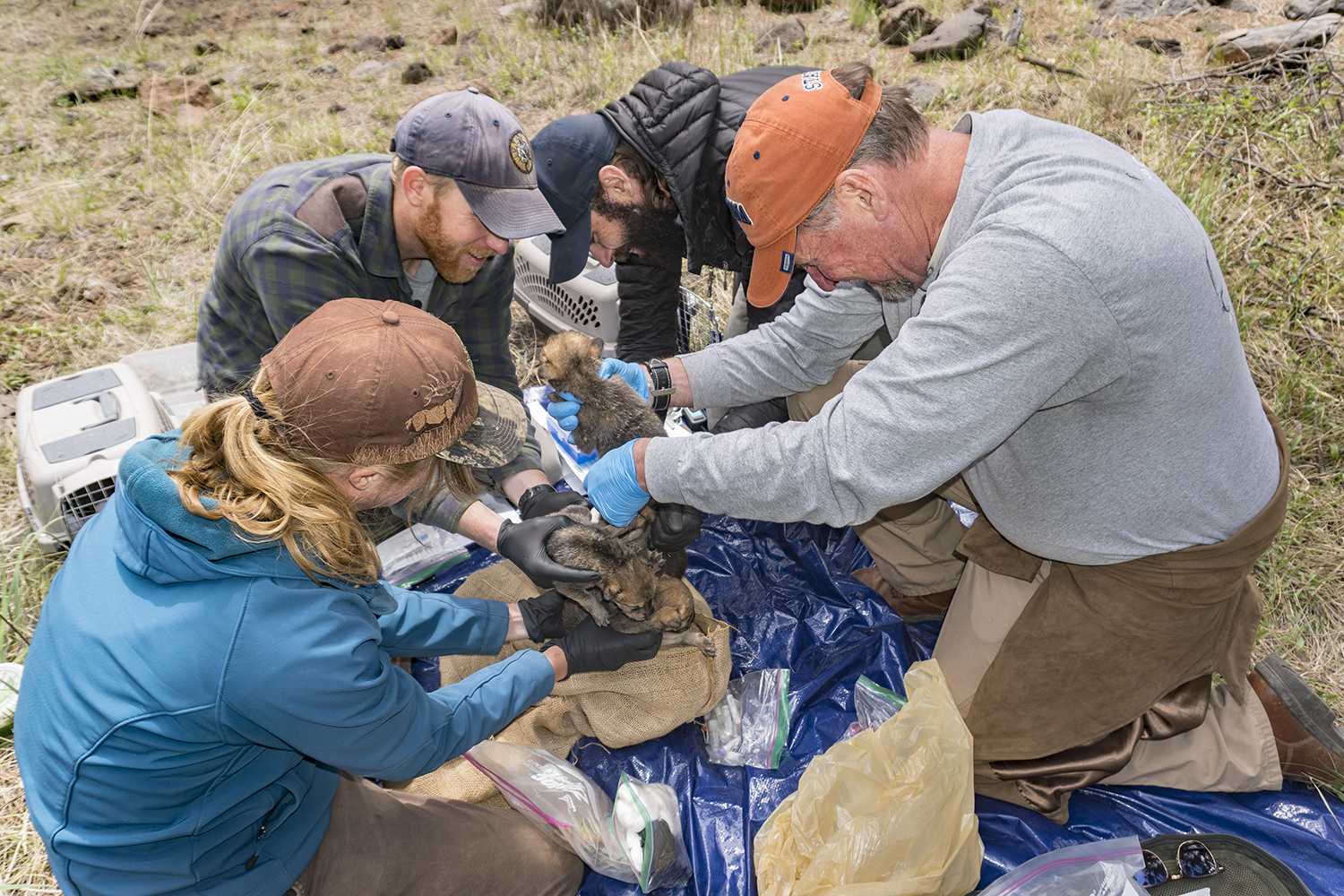 Members of the Mexican Wolf Interagency Field Team process a pair of captive-born wolf pups in 2017. The pups were placed into a wild den of the same age to be raised in the wild.

ALBUQUERQUE – Twelve Mexican wolf pups are now being cared for and raised by surrogate wild wolf parents after successful efforts to introduce them into existing wolf litters in Arizona and New Mexico.

The young wolves were placed in their foster dens by scientists from the Mexican Wolf Species Survival Plan group and Interagency Field Team (IFT). The cross-fostering is part of an effort to restore the rare gray wolf subspecies to its former range and increase genetic diversity in the wild population.

Watch a video on cross-fostering in 2017

“We expanded our cross-fostering work this year both in the number of pups placed in the wild and the number of partners helping with the effort,” said Amy Lueders, the U.S. Fish and Wildlife Service’s Southwest Regional Director. “The support of our partners, including the Arizona Game and Fish Department, the Endangered Wolf Center, the Mesker Park Zoo, the Sedgwick County Zoo and the Wolf Conservation Center continues to play a critical role in the success of Mexican wolf recovery.”

“This is one of the most important conservation efforts in the history of Mexican wolf recovery,” said Jim deVos, Assistant Director for Wildlife Management at the Arizona Game and Fish Department. “Given the very small initial population of wolves, infusing new genetics into the growing wolf population is a crucial step to recovery. The field team worked tirelessly to locate dens and transfer pups to make this important contribution to wildlife conservation a success.”

The IFT will continue to monitor the packs through GPS and radio telemetry signals from collars placed on the wolves to avoid further disturbance. Later, through remote camera observations and efforts to trap the young of the year, the IFT plans to document the survival of the cross-fostered pups.