Endangered Gila topminnow to be released at Mission Gardens in Tucson

With funding from the USFWS Partners for Fish and Wildlife Program and the Southwestern Foundation for Education and Historical Preservation, FOTB and local designer Dennis Caldwell created a representation of a historic “acequia” or water canal in Mission Garden. The new acequia highlights historic agricultural practices dating back to the ancient Hohokham water canals and provides habitat for threatened and endangered aquatic species. In addition to topminnow, the endangered plant Huachuca water umbel was planted in the acequia during May of this year. 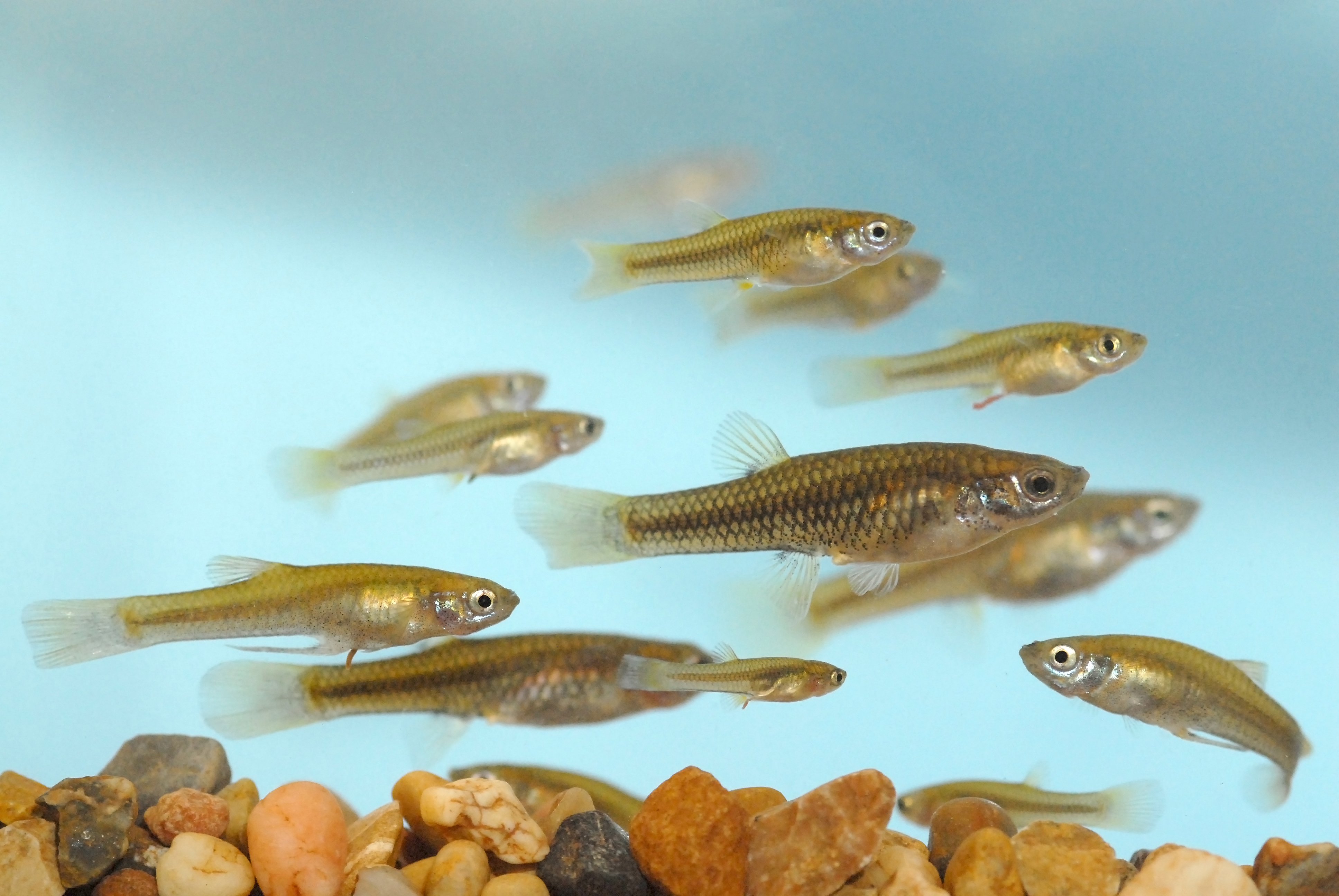 “We are honored to provide a habitat for the Gila topminnow and the Huachuca water umbel in Mission Garden. These are just two of the plants and animals that previously inhabited this region’s waterways including the Santa Cruz River for thousands of years, and we hope they’ll enjoy their stay.” said Katya Peterson, Friends of Tucson’s Birthplace/Mission Garden co-chair.

The addition of the acequia makes another step forward for the Mission Garden’s master plan, worked out with FOTB and Pima County, which owns the property.

Mission Garden is a living agricultural museum of heritage fruit-trees, traditional local heirloom crops and edible native plants at the site of Mission San Agustin del Tucson. The Friends do a great job ensuring this space is kept for education and enjoyment of the public and conservation of 4000 years of agricultural heritage,” said Sustainability and Conservation Director Linda Mayro.

Conservation of our imperiled native species requires many partners. The Mission Garden project is no exception and would not have been possible without our partnerships and private landowners,” said USFWS biologist Doug Duncan. ”Through the technical and financial assistance of the Partners for Fish and Wildlife Program, we are able to bring back these two endangered species back to the historic acequia”, said Tim Grosch, Partners for Fish and Wildlife Biologist with USFWS.  “The Mission Garden populations will contribute to the broader recovery efforts for both  species,” concluded Duncan.

The Gila topminnow (Poeciliopsis occidentalis) is a small (1-2 inch)  fish native to the greater Gila River watershed in Arizona, New Mexico, and northern Sonora, Mexico. Topminnow are in the same family as guppies, which bear live young. Listed as endangered in 1967, due to habitat loss and predation and competition from nonnative species, Arizona Game and Fish and the U.S. Fish and Wildlife Service and their partners have worked to recover the species by establishing new populations within its historical range.

“The Arizona Game and Fish Department is the steward of more than 800 native species statewide and it’s a pleasure to partner on this project to help educate the public about endangered species,” said Chris Cantrell, Aquatic Wildlife Chief with AZGFD. “We are committed to working with our partners to ensure future generations can once again find Gila topminnow swimming in Arizona’s waterways. It is through partnerships and projects like Mission Gardens that has brought the Gila topminnow to the brink of recovery.”

The Huachuca water-umbel was found along the Santa Cruz River and other waterways in southeastern Arizona, but its distribution has dramatically shrank as streams dried through human water use and drought.  This rare and diminutive plant was grown in the Pima County Native Plant Nursery for public projects such as these.

Through conservation efforts, topminnow occur in several streams and numerous ponds in Pima County. In 2017, the fish returned naturally to the lower Santa Cruz, due to the upgrades to the two County wastewater treatment facilities that resulted in enhanced water quality in the river. In a recent partnership with Pima County, AZGFD biologists also released Gila topminnow into Edgar Canyon, on the east side of the Santa Catalinas.

The County’s Multi-species Conservation Plan (MSCP) provides compliance with the Endangered Species Act and covers the reintroduction of this endangered fish species at Mission Gardens. In addition to the Gila topminnow, Pima County’s MSCP also covers 43 other species of plants and animals. More information on these species may be found on the Multi-species Conservation Plan webpage.

*This news release was issued jointly between the Friends of Tucson’s Birthplace, Pima County Office of Sustainability and Conservation, Arizona Game and Fish Department and U.S. Fish and Wildlife Service.