Fire restrictions to be implemented Aug. 14 for Coconino, Kaibab national forests due to lack of rain 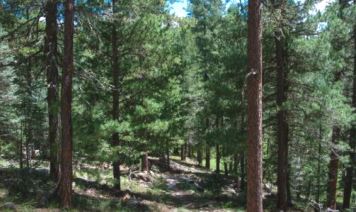 FLAGSTAFF, Ariz. — Hunters and other outdoor recreationists are advised that due to lack of monsoon precipitation and key criteria being met for restrictions, the Coconino and Kaibab national forests will enter Stage 1 campfire and smoking restrictions Friday (Aug. 14) at 8 a.m. The goal of the fire restrictions is to protect public health by reducing the number of preventable human-caused wildfires.

Under the restrictions, fires, campfires, charcoal, coal and wood stoves are prohibited, except within a developed recreation site (some sites may be closed, so make sure to check the status of your destination before heading out). Smoking is also prohibited, except within an enclosed vehicle, building or a developed recreation site. Using a device that is solely fueled by liquid petroleum or LPG fuels that can be turned on and off is allowed in areas that are barren or cleared of all overhead and surrounding flammable materials within three feet of the device. Fireworks are always prohibited on all national forest lands.

Fire restrictions are implemented to help prevent unwanted, human-caused fires and to limit the exposure of visitors during periods of potentially dangerous fire conditions. With no significant moisture predicted in the long-term forecast, additional restrictions may be applied at any time conditions warrant, which could include Stage 2 fire restrictions and additional closure areas as needed.

Criteria used to determine when to implement restrictions include things such as current and predicted weather, fuel moisture, fire activity levels and available firefighting resources. Additional restrictions may be applied as conditions warrant, and an explanation of the different stages of fire restrictions and what is typically prohibited during those stages can be found online at www.tinyurl.com/firestagesexplained. Fire restrictions typically remain in effect until the forests receive significant precipitation, at which time they will be rescinded.

The Kaibab National Forest will also temporarily close the Bill Williams Mountain watershed just southwest of the City of Williams due to the area’s susceptibility to uncharacteristically severe wildfire and post-wildfire flooding that could result. There will be a modified boundary of this closure area on the south side of the mountain reducing the southern closure boundary from Forest Road 108 north to Forest Road 122.

According to th enews release, forest officials also remind visitors that having a campfire on the national forest while under fire restrictions is a violation that can carry a mandatory appearance in federal court. Visitors should use extra caution when recreating on all public lands during fire season.

Know Before You Go! The public can obtain additional fire information via the following: