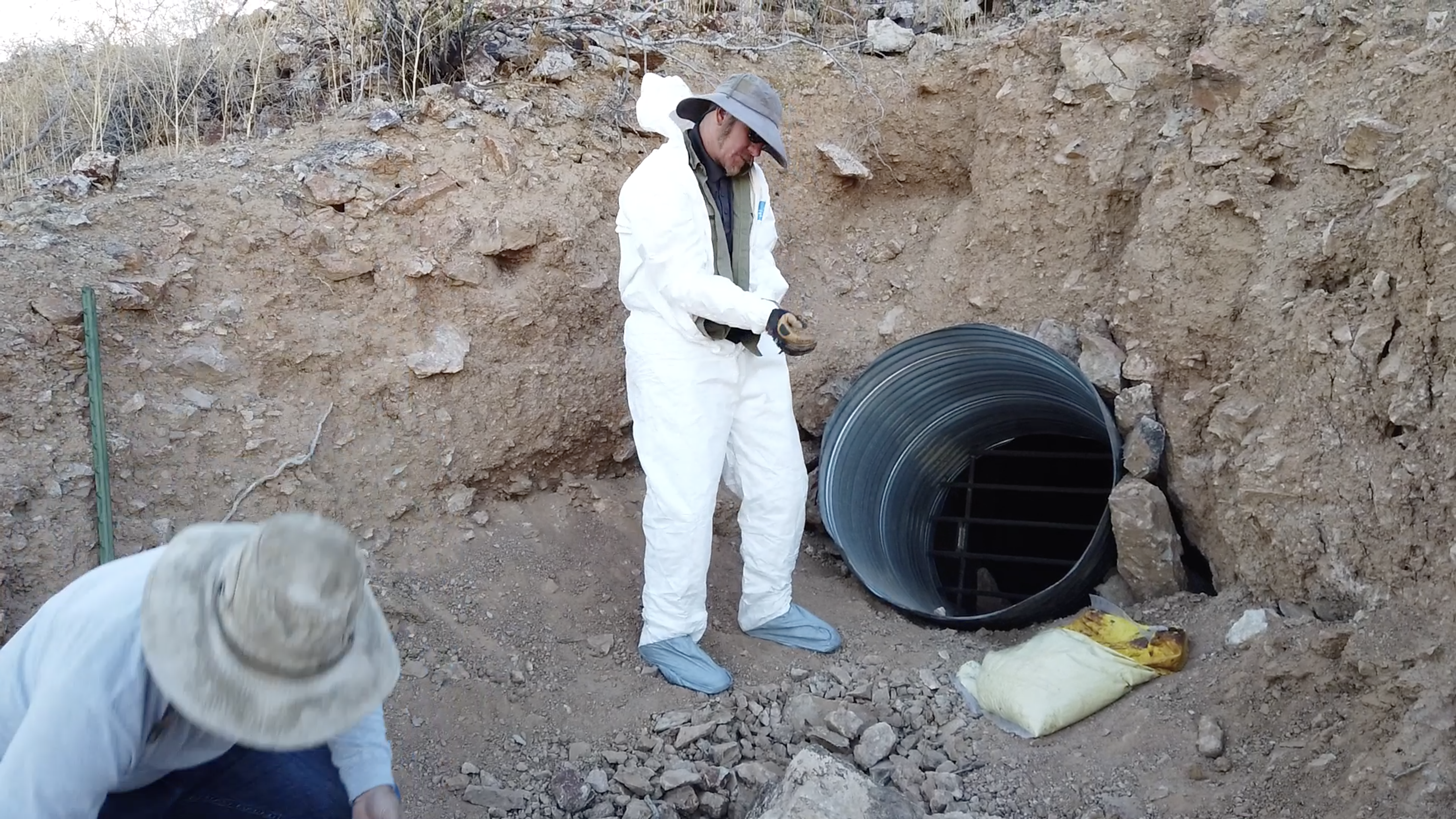 OATMAN, Ariz. — The sun is already baking off what’s left of the warm morning air, when Arizona Game and Fish bat biologist Joel Diamond carefully walks to the edge of a loose mound of gravel, and tosses a rock into the abandoned mineshaft below.

To help address the issue, the Arizona Game and Fish Department, in partnership with Arizona State Mining Inspector and U.S. Bureau of Land Management, installs gates designed to keep people out of the abandoned mines, while allowing bats easy access to the cool roosts deep inside.

“Before this was installed, the edges were very slick,” Diamond said sitting near the now-secured mine opening. “If you were to take a wrong step, you could have slid right into the bottom and it would have been a one-way trip — there’s probably no coming back. By installing these structures, we’re able to protect the public and bat habitat.”