CTC Home I Games I Shoots/Calendar I Programs I RV/ Campground I Hours I Forms
Experience the fun and excitement of clay target shooting by trying out the variety of games available at the Ben Avery Clay Target Center. View safety rules 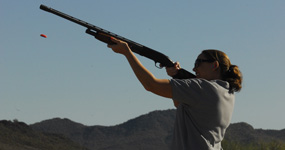 Trap shooting is designed to simulate the flushing game bird, with the target launched flying away from you. The field layout provides the shooter with 25 flushing targets, creating an exciting challenge from five different shooting stations. 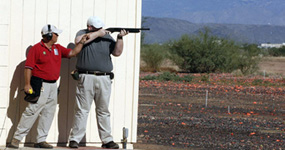 Skeet shooting dates back to the 1920s. It was created to offer the sportsman something to sharpen skills during the off-season. The field moves shooters in a semicircle, presenting them with a combination of 25 high and low targets that are launched to cross in front of the shooter. It is a great game for an individual or a group of five. 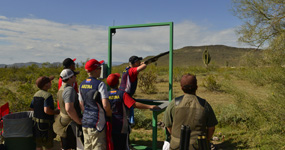 Often called “golf with a shotgun,” sporting clays is a fun and rapidly growing sport. Targets are launched in many different directions, some in the air and some rolling on the ground. Some stations include elevated platforms or scissor-lift stands. There are three different sporting clays courses geared toward shooters of different abilities.

Walk or take your personal side-by-side ATV on the trails connecting the stations of each of these scenic courses. The granite pathway takes you through the Sonoran desert landscape for an unforgettable shooting experience. 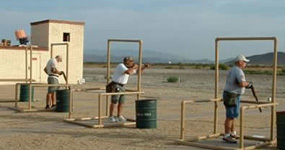 Targets are shot in rounds of 25 from five stands, with each shooter rotating from station to station. Targets are thrown in a predetermined pattern which is indicated on a menu. 5-Stand uses six to eight machines and simulates game bird hunting. 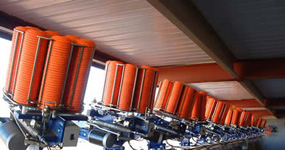 Bunker trap (also known as Olympic or international trap) is a challenging game. The bunker houses 15 machines – 3 throwers for each shooting station. The shooter stands on top and behind the bunker, shooting from an elevated position at targets that can go left, right, or straight randomly by a computerized thrower at speeds of up to 90 miles per hour. 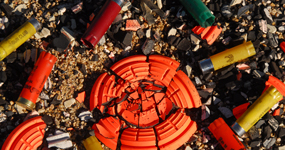 International skeet is the style shot in the Olympics. It has an eight-station format like American Skeet but with faster targets. The shooter is required to hold the butt of the gun at hip level until the target is seen, which may be delayed for up to 3.5 seconds after the target is called for. Single and double target sequences are slightly different from American Skeet. 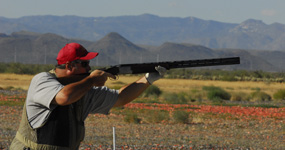 Wobble trap is similar to standard trap shooting, but a bit more challenging. Targets travel at a faster speed and on a more variable flight path because the trap target throwing machine oscillates up and down, as well as side to side. Shooters have no way of anticipating in what direction and angle their next target will be moving. 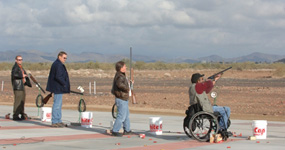 Check out the fully-paved and wheelchair-accessible trap and skeet field. This ADA-compliant combination field features a smooth concrete surface for barrier-free shooting in an exceptionally maneuverable area. There is generous shade, close-in parking, and a convenient accessible portable restroom.

When not in use by shooters using mobility assistance devices like wheelchairs and scooters, this multi-use field is open to all range patrons.