PHOENIX — The camera is set, zoomed in and ready to broadcast the day-to-day life of a pair of bald eagles hoping to raise a family inside their nest at Lake Pleasant Regional Park.

On Tuesday, Dec. 18, the Arizona Game and Fish Department — in partnership with Salt River Project, Maricopa County Parks and Recreation Department, Arizona State Land Department and the U.S. Bureau of Reclamation — began live-streaming from the camera perched near the bald eagle nest on Lake Pleasant.

“We are thrilled to bring this camera to fruition,” said Randy Babb, AZGFD watchable wildlife program manager. “Our goal is to provide opportunities for people to truly appreciate and connect with Arizona’s wildlife, and live-feed wildlife cameras such as this help us to do exactly that. People will be fascinated as they learn from and watch these nesting eagles incubate eggs and rear their young in real-time.”

Records show bald eagles have inhabited Lake Pleasant since at least 1979, with the first documented nesting attempt occurring in 1984. While no young were produced until 1993, 28 birds have since survived to take their first flight, known as fledging.

Two eggs were laid in the nest in early January 2018 and each hatched the following month. The two young successfully fledged in late April.

“Park visitors are always excited to catch a glimpse of these magnificent raptors flying overhead while they’re recreating at Lake Pleasant Regional Park,” said R.J. Cardin, director for the Maricopa County Parks and Recreation Department. “Now, through the addition of the eagle cam, everyone can enjoy this experience from the comfort of their own home.”

The camera feed was made possible through permitting and coordination with Arizona State Land Department, the U.S. Bureau of Reclamation, Maricopa County Parks and Recreation, and Salt River Project.

“These beautiful birds often nest in and around the state’s rivers and reservoirs, and we are proud to be a part of a program that allows more members of the public to view these majestic raptors,” said Kara Montalvo, SRP Director of Environmental Compliance and Permitting.

The bald eagle cam is the fourth wildlife camera offered by the department, which also provides seasonal views of wintering sandhill cranes in southeastern Arizona, a bat roost at Cluff Ranch Wildlife Area and an underwater pupfish cam. All the live streams can be viewed at www.azgfd.gov/livecams.

Viewers are asked to check the cameras frequently if there is no activity in the nest. Often the birds will leave at multiple times for feeding. If eggs are laid, viewing will be more consistent and predictable.

“Viewers wishing to support the Watchable Wildlife program and its wildlife cameras are asked to consider making a donation,” Babb added. “These cameras are very expensive to install and maintain and we appreciate any and all donations.” 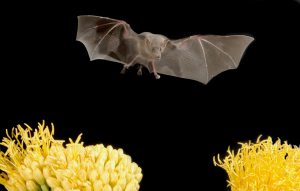 VERMILION CLIFFS, Ariz. – There is nothing quite as iconic in the western United States as a California Condor soaring over the red-rock-canyon landscapes of northern Arizona and southern Utah. Thanks to people working together to recover this species, condors have become a fixture in southwestern skies. On National Public Lands day this year, the public is invited to join the recovery effort by witnessing first-hand a spectacular release into the wild of several captive-bred young condors.

California Condors will be released by The Peregrine Fund atop the spectacular cliffs in Vermilion Cliffs National Monument in northern Arizona at 11 a.m. Saturday, Sept. 22. The public is welcome to observe the release from a viewing area where spotting scopes provided by partners and Swarovski Optik will be set up and project personnel will be available to answer questions.

This will be the 23rd annual public release of condors in Arizona since the southwest condor recovery program began in 1996. Condors are produced at The Peregrine Fund’s World Center for Birds of Prey in Boise, Idaho, the Oregon Zoo, Los Angeles Zoo, and San Diego Zoo Safari Park and then transported to release sites annually for release to the wild.

The Arizona-Utah recovery effort is a cooperative program by federal, state, and private partners, including The Peregrine Fund, Arizona Game and Fish Department, U.S. Fish and Wildlife Service, the Bureau of Land Management’s Vermilion Cliffs National Monument, Grand Canyon and Zion national parks, Utah Division of Wildlife Resources, and Kaibab and Dixie national forests among many other supporting groups and individuals.

For more information about California Condors in Arizona visit http://www.peregrinefund.org/condor. 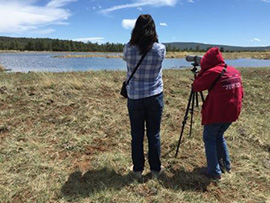 PINETOP, Ariz — The Arizona Game and Fish Department will present its annual watchable waterfowl workshop at the Pinetop regional office at 10 a.m. on Saturday, April 1.

The program is free to the public and will consist of a classroom presentation and discussion of waterfowl identification, life history, behavior patterns and the waterfowl’s importance to wildlife conservation in Arizona and North America. The presentation will be followed by an optional trip to a local lake to observe waterfowl first-hand.

Both hunters and wildlife watchers are encouraged to attend to increase their waterfowl identification skills.

Participants are advised to dress appropriately for weather conditions for that day and to encouraged bring a set of binoculars or a spotting scope for improved observation.

Please call the Pinetop Game and Fish office at (928) 532-3680 to register. Registration is not required, but is appreciated to ensure proper staffing.

The Pinetop Regional office is located at 2878 E. White Mountain Blvd. in Pinetop.