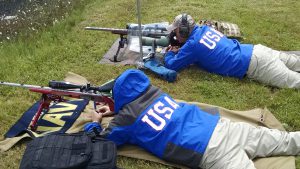 The year before, the Irish International Shooting Team won a match against England and while fueled by the success challenged the Rifle­men of America to the Championship of the World. The Amateur Club of New York answered the call, won the match and cemented the rivalry.

The saga continued in the years leading up to 1910, until public interest declined. In 2011, the match was reborn and called the Creedmoor Cup. It’s now conducted every four years and alternates loca­tions between the U.S. and Ireland.

This year Arizonans can observe history firsthand by attending the Creedmoor Cup at the Ben Avery Shooting Facility on Feb. 19 and 20. Spend a day at the range and feel connections to a sport that started in the 19th century.