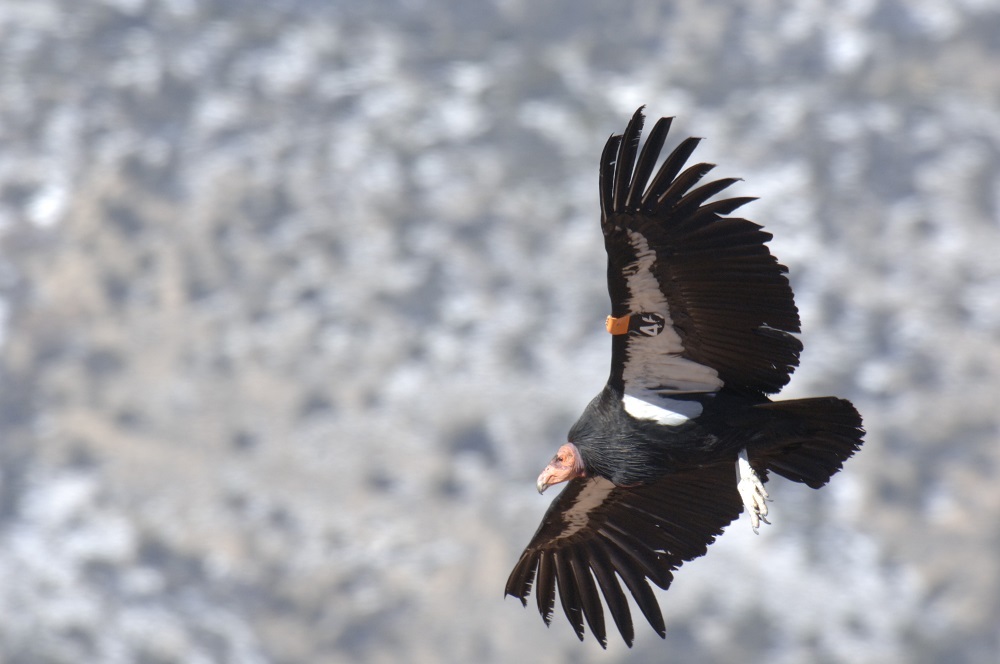 The public is invited to celebrate National Public Lands Day at 1 p.m. (Mountain Daylight Time)  Sept. 24 by observing the release of captive-bred California condors into the wild at Vermilion Cliffs National Monument in northern Arizona.

The event also will be live-streamed via The Peregrine Fund’s YouTube channel beginning at 12:30 p.m. (MDT). Viewers can set a reminder to join the release, which is scheduled for 1 p.m. (MDT) — noon local time in northern Arizona (Mountain Standard Time) — but ultimately depends on when the birds choose to leave their release pen. There will be a picture-in-picture set up with a camera trained on the release pen; videos and interviews with condor biologists and conservationists who work with these massive birds will be included. Viewers also will be able to have their questions answered live by the team.

This is the 27th year that the partnership has marked National Public Lands Day with a public release event at Vermilion Cliffs. In 2020, due to COVID-19 restrictions, the team took the celebration online, which attracted more than 10,000 viewers.

Those who attend this year’s event will have the opportunity to talk to condor biologists, learn about the birds and their habitat, and enjoy a festival-like atmosphere while waiting for the birds to take that first leap off the cliff. Details about attending the event in person are below.

The historical California Condor population declined to just 22 individuals in the 1980s when the greater California Condor Recovery Program was initiated to save the species from extinction. As of May 2022, there were 113 condors in the rugged, canyon country of northern Arizona and southern Utah. The total world population of endangered California condors numbers more than 550 individuals, with more than half of them winging across the skies of Arizona, Utah, California and Mexico.