February 2022
In This Issue

Editor’s note: This guest column was written by James Goughnour, vice chairman of the Arizona Game and Fish Commission. It recently appeared in publications such as the Payson Roundup and White Mountain Independent. 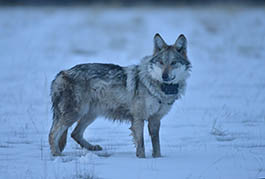 The Endangered Species Act (ESA) requires that the best available science is used in guiding recovery of America’s threatened and endangered species. While this is clear, what constitutes the best available science is often left unclear. Certainly, this is the case with the Mexican wolf, as there are seemingly two different bodies of science, and depending on an individual or an organizational view, one of these sciences is tightly held and the other rejected.

The origins of each of these differing sciences are based on different efforts at revising the 1982 Mexican wolf recovery plan. The U.S. Fish and Wildlife Service (USFWS) recognized that the 1982 plan needed updating, as much of the information used was outdated and lacked real targets for recovery. In 2010, USFWS initiated another effort (the third) to revise the 1982 Plan. A portion of the Recovery Team, the Science and Planning Subgroup (Subgroup), was charged with building the science foundation for the planned revision. The Subgroup’s analysis relied on demographic information from other wolf populations, most notably the Greater Yellowstone Ecosystem, and had limited data from Mexican wolves in the wild.

The 2010 Recovery Plan revision was not completed. The USFWS began another effort to revise the 1982 recovery plan in 2015 and established a group of scientists from state and federal wildlife agencies and academics, and invited all of the original members of the Subgroup to participate.

Some of the Subgroup chose to participate and some did not. In contrast to the 2010-12 analysis, the 2015-17 analysis was primarily based on data collected through direct observation of Mexican wolves in the wild and not extrapolations from other populations. The USFWS selected Dr. Phillip Miller, a Senior Program Officer with the International Union for Conservation of Nature (IUCN) with 25 years of experience in conducting population assessments for endangered species world-wide, to conduct the population viability study used to complete the 2017 Mexican Wolf Recovery Plan, First Revision.

Using updated Mexican wolf data that had been collected through the end of 2015, Dr. Miller found many differences in the results from the prior viability analysis. As an example, in the prior analysis, the Subgroup analyzed 39 wild litters from 1998-2006 and reported that inbreeding had an adverse impact on litter size. But when the entire dataset from 1998 through 2014 was analyzed with data from all 89 available wild Mexican wolf litters (50 more than the Subgroup used), there was no significant effect of inbreeding on litter size. Even when just the recent data from 2009 through 2014 were analyzed, the data actually suggested a non-significant positive effect on litter size. The important difference in these analyses is that the latter shows that the inbreeding depression reported by the Subgroup was not found when the larger numbers of litters were included, and this bodes well for wolf recovery.

There were other key differences between the two analyses, including the Subgroup’s recommendations for three distinct populations in the wild with a total of 750 wolves to ensure recovery. In contrast, the updated 2017 analysis, using data from this wild population, found that an average of 320 wolves in two populations provided a very high probability of Mexican wolf recovery. With the growing populations in the U.S. and Mexico, the goals outlined in the 2017 Mexican Wolf Recovery Plan, First Revision are within reach.

While not part of the viability analysis, there is a lot of debate about having wolves present north of I-40, including the Grand Canyon region. While the thought is appealing to some, there are some reasons that this is not appropriate. A recent peer-reviewed study that assessed the suitability of Mexican wolf habitat in the U.S. and Mexico, based on a wide variety of biotic factors (including Mexican wolf locations), showed that suitable habitat was south of I-40. This corresponds with the USFWS’s designation of historical range (which according to the ESA is where recovery must occur) and with many studies that support historical range within the U. S. being limited to southern Arizona and New Mexico.

There are other factors to consider as well. Within historical range in the U.S., the USFWS has determined that there are over 34,000 square miles of suitable habitat, of which Mexican wolves are only using about 8,200 square miles. This amounts to Mexican wolves using about 25% of the suitable, historical range at this time. With the completion of the 2015 10(j) rule revision, the range that wolves can occupy was expanded 10-fold and the area where wolves can be released was increased by four times. As required by ESA, the agencies are recovering Mexican wolves in the type of habitat they evolved, which offers the best chance for recovery.

The debate over which body of science is best will endure. However, progress in recovery should not be masked by the debate. Some key metrics are listed below:

1. The number of wolves in the wild has nearly doubled in the last five years with 186 wolves documented in the 2020 Mexican wolf population census, with steady increases of about 14% annually in the last decade.

2. During the 2020 census, a total of 124 pups were documented in the wild, showing a high level of reproduction.

3. There currently are 46 known Mexican wolf packs in the wild, all of which have the potential for producing pups.

4. Cross fostering, where genetically valuable captive-born pups are placed in dens with wild litters, has proven to be a success with 72 wolves cross fostered since 2016. At least 11 fostered wolves are known to be alive with at least four of them producing seven litters of their own. The number of known fosters in the wild is likely to eclipse the 2022 genetic targets in the current version of the Recovery Plan.

6. Releases began in Mexico in 2011 and there currently are approximately 40 Mexican wolves in the wild in that country, with three known litters born there in 2020. This creates the second population in the wild, with additional Mexican wolf releases planned for January 2022.

The validity of the two differing bodies of “the best available science” will continue to be debated, but the points above demonstrate that Mexican wolves are being successfully recovered and the future bodes well for the Mexican wolf. 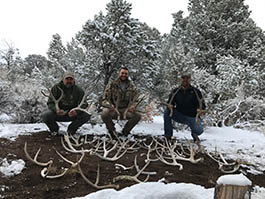 A different type of hunt takes place for wildlife enthusiasts in the late winter and into spring — the hunt for antlers. Deer and elk shed their antlers each winter, providing an opportunity for people to search for them and further their connection with and understanding of wildlife.

“You can go out and look for antlers and learn about different parts of the state, while being outside when the weather is beautiful,” said Cody Johnston, wildlife manager supervisor for the Arizona Game and Fish Department’s regional office in Kingman.

Johnston grew up in southern Illinois and would go shed antler hunting with his dad. Now he goes out annually with a group of friends and spends a long weekend camping in the Kaibab National Forest. “It’s a chance to catch up, hike the hills and look for antlers,” he said.

Before the adventure begins, Johnston makes a plan for how to search an area. “I take it down to a science,” he said.  Using aerial maps, Johnston looks for the three things animals need — food, water and shelter — to determine areas most suitable for deer and elk. “I try to find grasses, browsing areas and bedding areas where animals can get out of the wind. Looking at habitats can benefit you greatly before you go out.”

During the trip, each person covers 50 to 75 miles — all on foot. “Binoculars are your best friend when you’re out hiking,” Johnston said. They prevent extra walking by helping identify if you’ve spotted an antler or a “branchler.”

In addition to binoculars, Johnston always packs plenty of water, a first-aid kit, sandwiches and snacks. He carries a backpack that has straps on the outside for attaching antlers for the trek back to camp. Pro tip: Use electrical tape to combine any found antlers into a big bundle and mount that on the pack as one solid object.

“Arizona has deer and elk throughout the state, and any area can produce the opportunity to go out and find antlers,” Johnston said. “Whatever antlers you find, you can keep.”

Arizona doesn’t regulate shed antler hunting, but if you set out in search of a set, it’s important to be a good steward of the land. Remove all trash, clean up after yourself, and stay on designated roadways for all full-size and off-highway vehicles. Ask permission for access to private property in advance of the outing, and leave all lands better than you found them.

Did You Know: Helping is as easy as checking a box

Whether you prepare your own taxes or have someone else do it for you, mark Arizona Wildlife on form 1040 when you complete your tax return. You can donate part or all of your state tax refund.

With your help, Arizona wildlife has more than just hope. They have a future.

They flock by the thousands to Whitewater Draw Wildlife Area every year.

The sandhill cranes arrive first, winging their way from their summer nesting grounds from as far away as Canada, Alaska and even Siberia.

Then come the visitors, drawn by the sight of these long-legged, long-necked birds — 3 to 4 feet tall with a wingspan of 6 to 7 feet — and their unmistakable rattling, trumpet-like calls, which can be heard up to 2 ½ miles away.

Without a doubt, this wildlife area in southeastern Arizona is one of the best places in the nation to observe sandhill cranes in the winter months. In addition to these fascinating birds, the waters of Whitewater Draw attract ducks, geese, herons, egrets, shorebirds, gulls, terns and a wide variety of raptors.

Other critters that call the wildlife area home include the Plains leopard frog, as well as many species of toads. In the grasslands and along the trails, Mohave and Western diamondback rattlesnakes, coachwhip, gopher snake, kingsnake, Western hognose snake and other species can be seen from time to time. 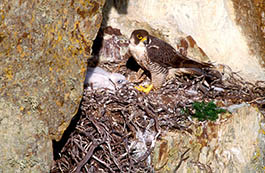 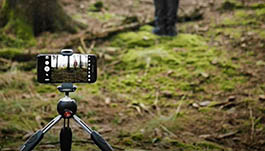 If you’re planning on heading outdoors to shoot some video with your cellphone, check out these tips to help you create a more polished, professional-looking production.