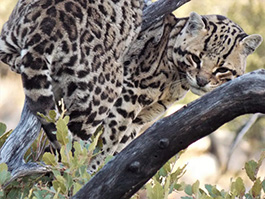 Kudos to The Arizona Republic and reporter Erin Stone for a recent article about two big cats, a jaguar and an ocelot, that appeared on trail cameras in the rugged mountains of southern Arizona.

Both elusive predators are listed as endangered by the U.S. Fish and Wildlife Service. 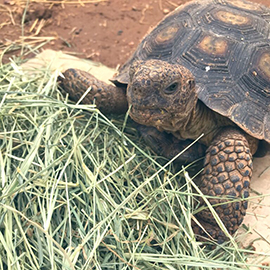 For some, a dog or cat will do just fine. But for others who are considering adopting something truly unique to Arizona, say hello to your next family member:

“Many people don’t even consider opening up their homes to desert tortoises, but they make fantastic and personable pets,” said Tegan Wolf, desert tortoise adoption program coordinator for the Arizona Game and Fish Department (AZGFD).

“It’s rewarding to hear stories from those who have adopted a captive tortoise and made them part of the family, because they’re a unique alternative to traditional family pets. They offer many of the same life lessons to children, and they can provide just as much companionship and personality as a dog or cat.”

Due primarily to illegal breeding, AZGFD has more than 100 tortoises of various ages and sizes available for adoption. Captive tortoises grow up to about 14 inches long and can live upward of 100 years. They cannot be released back into the wild, however, because they could spread diseases that harm wild populations.

Arizona residents interested in providing an adoptive home should review the Tortoise Adoption Program page on the department’s website. How to properly care for a desert tortoise, including instructions on how to build an enclosure/burrow, also are included.

AZGFD staff will also hold a free virtual tortoise adoption information session via Zoom at 6:30 p.m. Wednesday, March 10, for anyone interested in adopting.

Once the burrow is completed, potential adopters can submit an online application at www.azgfd.gov/tortoise. All applications will be reviewed, and applicants will be contacted by the department.  Adopters must have a securely enclosed yard and construct a separate enclosure/burrow to protect the tortoise from potential hazards, such as a fire pit, unfenced pool or dogs.

The enclosed area must include an appropriate shelter for the tortoise to escape Arizona’s extreme summer heat and a place to brumate — a seasonal period of inactivity similar to hibernation — during winter.

AZGFD allows for one tortoise to be adopted per person, per household, but an additional tortoise of the same sex can be adopted if it is placed in a completely separate enclosure, as these reptiles can be territorial. Federal law prohibits desert tortoises from being transported across state lines.

While it is illegal to remove Sonoran desert tortoises from the wild, it’s also illegal to allow them to breed in captivity. AZGFD and its partners must spend valuable resources and time each year to find homes for dozens of captive tortoises.

“One female tortoise living to 80 years old can produce more than 800 babies in her lifetime,” Wolf said. “This is why it is crucial that we work together to ensure that tortoises are not only placed in proper homes, but with responsible owners.”

For more information about AZGFD’s Tortoise Adoption Program, or to provide a donation to help the department cover costs for tortoise food, shelter and medical expenses, visit www.azgfd.gov/tortoise. Or listen to the “Wild About Arizona” episode on desert tortoise adoption, the official podcast of AZGFD.

If you suspect someone is illegally breeding Sonoran desert tortoises, contact the department’s Operation Game Thief hotline at 800-352-0700. Those submitting a tip can remain anonymous.

AZGFD in the News: Arizona Game and Fish sees record number of sandhill cranes this season 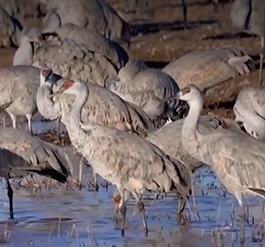 Kudos to Fox 10 and photojournalist Brian Kae for a recent video about the record number of sandhill cranes that are wintering at Whitewater Draw in southeastern Arizona. Soon, the almost 26,000 cranes will be winging their way back to northern climes, some as far away as Canada and even Siberia.

Walk on the Wild Side: Arivaca Lake Wildlife Area 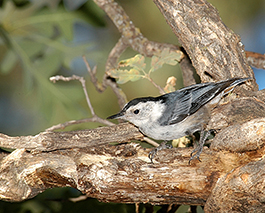 Arivaca Lake Wildlife Area, located about 50 miles south of Tucson, features a 90-acre lake surrounded by grasslands and rocky outcroppings. The site is primitive to many, offering only a toilet and one single-lane boat ramp. To others, its remoteness and primitiveness present a  peaceful, less-crowded place to sit back and relax, or go hiking, rock climbing or wildlife viewing.

Hiking around the lake’s perimeter is encouraged. The vicinity is home to a number of cattle ranches, so take this into consideration if exploring outside of the lake area. Primitive camping is allowed year-round. There is no water, trash pickup or picnic tables. Campers should be prepared to bring what they need and pack everything out when they leave. A toilet is available.

Directions: Take the scenic route. Take the Ruby Road exit off Interstate 19 and head south to Arivaca. Turn south out of Arivaca onto Forest Road 216 and continue for about one mile. Then head east on Forest Road 39 about five miles and take a road that turns left (east) and follow that to the lake. 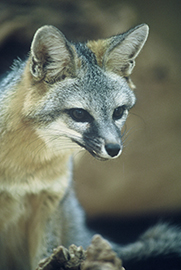 In addition to partnering with SWCC and BTA, the department’s Wildlife Viewing Program will conduct its own critter-based lectures twice each month.

WHO’S Excited About Owls? — 1-1:30 p.m. March 27 (AZGFD). Description: Get an up-close-and-personal look at a great horned owl during a virtual wildlife encounter. Learn some fun facts about the most commonly sighted owl in Arizona. There also will be an opportunity to ask questions. Register

Video of the Month: Meet Our Aragog 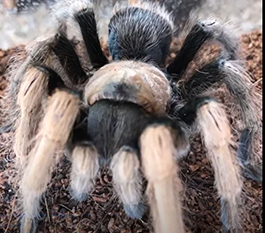 So, what do you think of tarantulas? Truth be told, they’re probably not a critter that conjures up warm and fuzzy feelings — but maybe they should. The Arizona Game and Fish Department has a non-releasable female tarantula named Aragog that lives at the wildlife center. As an ambassador animal, Aragog helps our staff teach others about why they should be thankful for tarantulas.