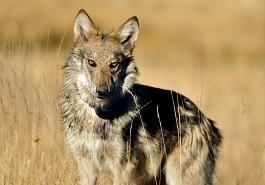 From November 2020 through January 2021, the Interagency Field Team (IFT) conducted ground counts in Arizona and New Mexico that concluded with aerial counts of Mexican wolves in January and February. According to the IFT, the 186 wolves are distributed with 114 in New Mexico and 72 in Arizona. In 2019, the team documented a minimum of 163 wolves, which was a 24% increase from 2018. This population has nearly doubled in size over the last five years.

“With careful planning and using best practices, we were able to conduct the annual survey with the utmost emphasis on the health and safety of our staff,” said Brady McGee, U.S. Fish and Wildlife Service Mexican Wolf Recovery Coordinator. “Thanks to our staff’s efforts, we were able to document a minimum of 64 pups surviving in the wild last year. Pup production and recruitment in the wild population is extremely important to the recovery of this species. We are thrilled to see this number continuing to rise.”

“Many people eagerly await the results of the annual Mexican wolf count. As has been the case for a decade, this year’s result signals success in recovery of this element of the Southwest’s biodiversity and offers hope of eventually meeting recovery goals,” said Clay Crowder, Assistant Director, Wildlife Management Division, Arizona Game and Fish Department. “With continued year-over-year increases in the United States, it is important to recognize that Mexico is key to full recovery, and more attention is needed in support of efforts there.”

In 2020, the IFT placed 20 captive-born pups into seven wild dens (a process called “cross fostering”) to boost the genetic diversity in the wild population. The IFT has since captured and collared seven of these pups and will continue efforts in 2021 to document others that may have survived. With these newly collared pups, the known number of fostered wolves alive is 12.

The Mexican wolf is the rarest subspecies of gray wolf in North America. It is listed separately from the gray wolf as an endangered subspecies under the federal Endangered Species Act. In 1977, the U.S. Fish and Wildlife Service (Service) and many partners initiated efforts to conserve the subspecies by developing a bi-national captive breeding program with the seven remaining Mexican wolves in existence. Approximately 350 Mexican wolves are currently maintained in more than 55 facilities throughout the United States and Mexico.

For more information on the Mexican Wolf Recovery Program, visit the Mexican wolf website, www.fws.gov/southwest/es/mexicanwolf or visit the Arizona Game and Fish Department website on wolves at www.azgfd.gov/wolf.

AZGFD in the News: Tucson officials free javelina from trap after nearly a week of searching 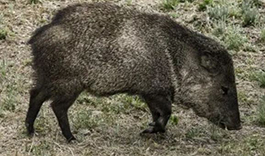 Kudos to The Arizona Republic and reporter Chelsea Curtis for a recent article about how a whole lot of people in the Tucson area came to the aid of a javelina that was entrapped by its . . . snout.

Wild Arizona: Leaping lizards! A state-protected species of horned lizard on the rise 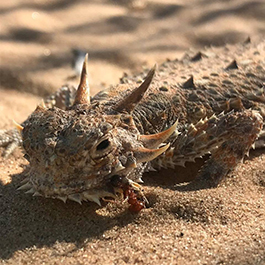 A total of 1,060 flat-tailed horned lizards were captured across 2,767 captures through demographic monitoring. Data indicated a boom in the number of both adults and juveniles in 2020 — great news for this state-protected species.

The lifespan of the flat-tailed horned lizard is unknown. The best guess among experts is about six years, on average. Interestingly, the team recorded two 11-year-old males and one nine-year-old female. The team expects to further study the data to determine the average age of this population in the future. 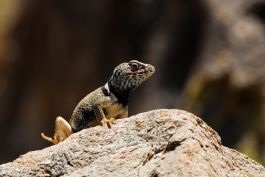 Video of the Month: Trying to Trap Endangered Mice 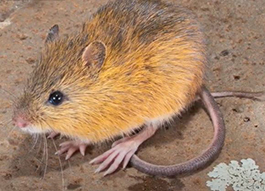 Arizona Game and Fish Department biologists set out to trap the endangered New Mexico meadow jumping mouse in support of a research project being conducted at Northern Arizona University. The species, which hibernates about nine months out of the year, is primarily found near streams and wetlands in parts of New Mexico, southern Colorado and the White Mountains of Arizona.