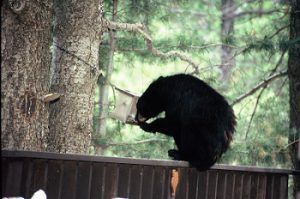 AZGFD reminds everyone to be Bear Aware, following separate incidents where habituated bears became a public safety threat and needed to be humanely euthanized under department policy. The department spends considerable time and resources each year to remove or relocate habituated bears to minimize the risk to people. However, relocating a bear doesn’t always solve the problem. Approximately half of all bears relocated will return to where they were captured, no matter how great the distance. Extended drought conditions also make it more difficult for bears to find natural food and water sources, increasing the chances that bears will visit neighborhoods. Read more

Water for Wildlife: How You Can Help 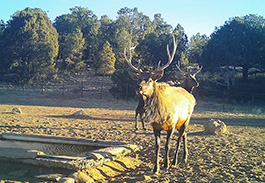 Arizona is in its 21st year of long-term drought. For wildlife, this means less drinking water and a bigger fight for survival, especially during dry summers. AZGFD maintains 3,000 water catchments, or manmade watering sites built in remote locations, around the state to provide necessary hydration for all walks of wildlife. The cost to haul water to these sites adds up throughout the year. AZGFD receives no general fund dollars from the state, which means we must rely on generous people like you to help us fund these much-needed efforts. How can you help? Text SENDWATER to 41444 to contribute toward the department’s watering project: 100 percent of the proceeds go to on-the ground conservation efforts. Visit AZWildlifeHero.com to learn more about how the agency’s conservation efforts are paying off, and how you can help keep the great outdoors great.

Outdoor recreationists: Check for Closures and Restrictions Before Heading Out

Wildlife watchers, hikers, campers, anglers, hunters, OHV recreationists and other outdoor enthusiasts are reminded to check for forest closures and fire restrictions before heading out. Extreme fire danger across the state has prompted various agencies to close off some sections of public land. Areas outside the closure areas are under fire restrictions. These will likely be in effect until the arrival of monsoon rains. 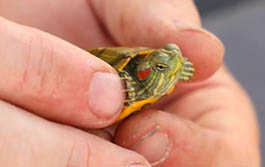 Each year dozens of unwanted pet turtles are irresponsibly released into the pond at the entrance to the Phoenix Zoo where they greet visitors. Yet over time they will compete with native Arizona wildlife for limited food and habitat. AZGFD, in coordination with the Phoenix Zoo, Turtle and Tortoise Preservation Group and Phoenix Herpetological Society, recently trapped dozens of non-native turtles at the zoo. The event is part of an ongoing project to reduce this non-native turtle population and prevent them from entering adjacent waterways. Read more 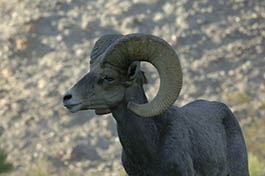 AZGFD is offering a unique opportunity to view one of Arizona’s most iconic arid land animals, the desert bighorn sheep, on a three-hour morning boat tour on Canyon Lake. A department biologist will accompany each boat of participants on the outing. Register online

Join our biologists for a nighttime walk of discovery as we explore the hidden lives of nocturnal animals. The Ben Avery Shooting Facility is home to a variety of wildlife including coyotes, bobcats, mule deer, owls, mice, snakes, scorpions and an abundance of other animals. While afield, we will black-light for scorpions and search for other wildlife such as snakes and mice that are active night during the warm months. Register online

AZGFD in the News 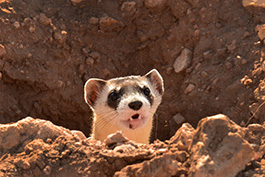 Grand Canyon University students helped count black-footed ferrets in the Aubrey Valley, where AZGFD began reintroducing the animals in 1996. “The team during the most recent count in April headed out to an assigned quadrant in the roughly 50,000-acre core reintroduction area,” reported the university. “They carried two high-powered spotlights with them and stationed one volunteer on the left and another on the right of their observation area.” In the latest effort, seven ferrets were captured and given vaccinations for plague and canine distemper before being rereleased. Read more

Williams News joined our biologists in the Coconino National Forest as they checked on bald eagle chicks and banded them. “Banding the eagle chicks is a simple process. An official silver AZGFD [band] is placed on one leg, while a higher-contrast blue band is placed on the other — that one is much easier to see for identification purposes.” Read more

As drought conditions continue to reduce the amount of natural resources available to wildlife, water catchments are becoming increasingly necessary. The Arizona Daily Sun reported on Flagstaff Boy Scout Troop 33’s efforts to restore an animal drinker at Frances Short Pond. The troop is working with AZGFD on the initiative and hopes that it will draw attention to the need for water for wildlife. Read more

Video of the Month: Conserving Wind Cave Bison in Arizona 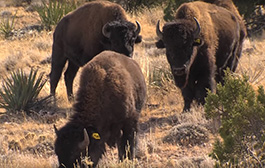 AZGFD has joined the effort to conserve a lineage of bison from Wind Cave National Park in South Dakota. In October 2017, the department sent a team of biologists to South Dakota to help sort and process bison and it became the first state agency to start a satellite herd of Wind Cave bison.