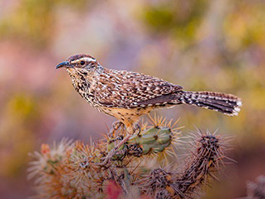 Do you want to see your photo on the cover of Arizona Wildlife Views magazine? Do you have a knack for capturing great photos of wildlife? Then you won’t want to miss the Arizona Game and Fish Department’s 15th annual wildlife photo contest.

One best in show and 11 first-place winners will be showcased in the 2022 calendar, which is published in the November-December issue of Arizona Wildlife Views. The best-in-show photo is published on the cover of the issue and as one of the photos representing a month.

We’re partnering with Arizona Highways to provide an easier way to submit photographs. Use the online form to submit your Arizona wildlife photos. Each contestant may submit a maximum of three photographs, which must be uploaded as separate submissions through the form.

Winners will be announced online at www.azgfd.gov/photocontest and www.arizonahighways.com after Nov. 1, 2021.

Partner Projects: From pens to dens: A record number of Mexican wolf pups fostered into the wild 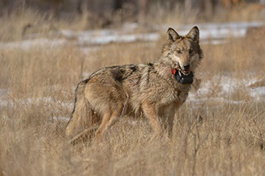 A record 22 captive-born Mexican wolf pups recently were placed in dens to be raised in the wild by their surrogate parents after another successful cross-foster season.

For six years, wild Mexican wolves have been raising captive-born pups as their own, helping to boost the genetic diversity of this endangered subspecies and moving the wild population towards recovery.

“Fostering is an outstanding example of a working private-public recovery program.  Wolf recovery has to recognize the importance of meeting genetic criteria, which requires many private organizations maintaining captive wolves for release into the wild.  Without this important partnership, genetic recovery would be essentially impossible,” said Jim deVos, AZGFD Mexican Wolf Coordinator. “Importantly, we are now seeing Mexican wolves that have been fostered producing litters themselves supporting the use of fostering as an effective conservation tool.”

Cross-fostering is a proven method used by the Mexican Wolf Interagency Field Team (IFT) to increase genetic diversity in the wild Mexican wolf population. It involves placing genetically diverse pups that are 14 days or younger from the captive breeding population into wild dens with similarly aged pups to be raised in the wild by experienced wolves. The IFT has documented that cross-fostered pups have the same survival rate as wild-born pups in their first year of life (about 50%).

“The U.S. Fish and Wildlife Service remains committed to improving the health of the wild population of Mexican wolves, and cross-fostering is one of the many tools we are using to make progress in that direction,” said Allison Greenleaf, biologist with the U.S. Fish and Wildlife Service. “To see this program continuing to have success is a true testament to the hard work of all our field staff and partners.”

Since the beginning of the cross-fostering program, the IFT has documented a minimum of 12 cross-fostered wolves currently alive and surviving in the wild. Seven of these wolves have reached breeding age (two years old) and count toward the Mexican Wolf Recovery Plan criterion for genetic recovery of the population. Four of these cross-fostered wolves have subsequently produced pups in the wild. Pups are too young to mark when fostered, therefore only those that are recaptured can be confirmed as being alive. It is likely that other fostered pups are alive and contributing to improving the genetic diversity of the wild population and helping meet recovery criteria.

The IFT will continue to monitor the packs that pups were placed in through GPS and radio telemetry signals from collars on older wolves within the pack to avoid further disturbance. Later, through remote camera observations and efforts to capture the young of the year, the IFT plans to document additional survival of cross-fostered pups.

For more information on the Mexican Wolf Recovery Program, visit the Arizona Game and Fish Department’s website or the U.S. Fish and Wildlife Service’s website

AZGFD in the News: Tempe family discovers the charm of a backyard family of foxes 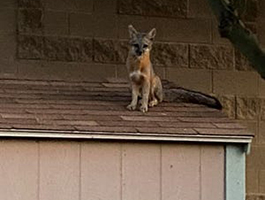 Kudos to The Arizona Republic and columnist Karina Bland for a recent column about how a family of gray foxes have been putting on quite a show in a Tempe family’s backyard. Bland gets an extra tip of the cap for including reminders from AZGFD’s Amy Burnett, who explained that while it’s fun to watch critters like foxes up close and personal, it’s illegal to feed them and they sometimes can carry rabies.

Walk on the Wild Side: Robbins Butte Wildlife Area 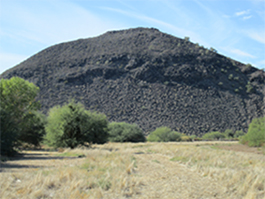 Let’s face it. With forests and campgrounds closed right now, and hardly anywhere in the state that isn’t set on “broil,” finding a place to get outdoors and spend some time is a challenge.

Here’s a “cool” idea: Get up early in the morning, pack some cold water bottles and grab a hat,  and head out to Robbins Butte Wildlife Area near Buckeye.

Robbins Butte is managed by the Arizona Game and Fish Department and includes a variety of diverse habitats, as well as fields used to grow food crops that attract an abundance of wildlife. While visitors will see the greatest variety of birds during the winter, mourning and white-winged doves, Gambel’s quail and resident songbirds like black and Say’s phoebes, Abert’s towhee and wrens are plentiful.

Visitors also have a good chance of seeing mammals such as coyotes, javelinas, rabbits and deer, and a minimum of 19 reptile species, including Gila monsters and several varieties of rattlesnakes and lizards.

To get to the Robbins Butte Wildlife Area, take Interstate 10 to Exit 112, go south on State Route 85 for six miles. Turn west at Milepost 147 to enter the wildlife area. Follow the dirt road, stay to the right along the fields. The opportunity to turn left at the fork will take visitors around to the south side of the wildlife area and continue to Powers Butte Wildlife Area. 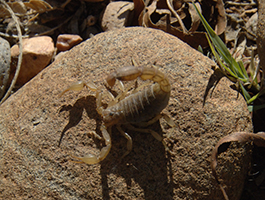 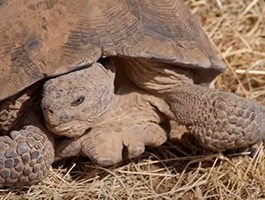 Did you know a desert tortoise can go up to an entire year without drinking water? Join the Wildlife Center at the Arizona Game and Fish Department to learn more about this long-lived reptile.