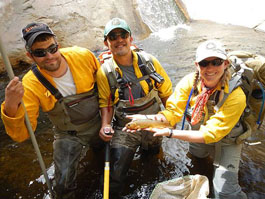 Hiking steep trails wearing full fire gear in mid-July, and often with backpacks holding aerated buckets of fish and other gear, the rescue team salvaged fish from two populations of Gila trout from the ash-blanketed slopes of Mount Graham.

The rescue came just before monsoon season when summer rains are likely to send ash flows toxic to fish down waterways following high-density wildfires such as the Frye fire. Read more about the Gila trout rescue

Walk on the Wild Side: Mount Baldy

Escape the summer heat with a trip to Mount Baldy, Arizona’s second highest mountain at an elevation of 11,400 feet. Located in east-central Arizona, Mount Baldy features a trail system and a 36-mile scenic driving loop in the Apache-Sitgreaves National Forests. Especially during sunrise and sunset, the Mount Baldy loop drive is a great place to observe wildlife including elk, mule deer, pronghorn, great blue heron and many birds of prey. Great views of high-elevation grasslands are a highlight of the loop, along with Crescent Lake, Basin Lake Marsh and a scenic overlook of the Great Basin grasslands.

In addition, two seven-mile hiking trails are along the loop and each parallels a portion of the East or West Fork of the Little Colorado River. While the trails connect near the top of Mount Baldy, access to the summit is closed to the public as it’s located on the Fort Apache Indian Reservation. White Mountain Apaches travel to the summit for prayers and rituals, and if you see tribal members when hiking, it’s asked that you leave them be.

For more information, visit www.fs.usda.gov/asnf/ or call the Springerville Ranger District at (928) 333-6200. 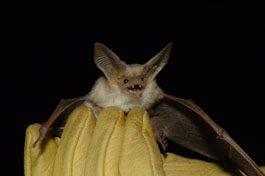 Read more about bats in Arizona 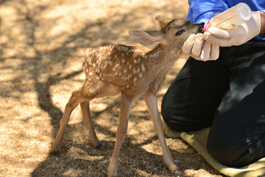 An approximately three-day-old deer fawn “kidnapped” from the wild near Salome will now be forced to a life in captivity. On Saturday, the Arizona Game and Fish Department took possession of the days-old fawn after learning an unknown man took it from the wild, then stopped off at the local bar to show the patrons. A short time later, AZGFD was notified and took possession of the fawn. “This truly is an unfortunate situation for this deer fawn. Instead of living a life in the wild, it must now remain in captivity due to the irresponsible actions of one person,” said Mike Demlong, AZGFD Wildlife Education program manager. Read more about the newborn fawn and how you can help 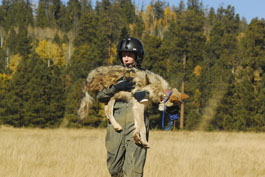 The Mexican Wolf Interagency Field Team spent a dozen days in early 2017 counting and capturing wolves by helicopter to determine a population estimate in Arizona and New Mexico. Classified as endangered since 1976, the U.S. Fish and Wildlife Service established a captive breeding program with seven Mexican wolves the next year. In 1998 the first captive-bred Mexican wolves were released into the wild, and the Interagency Field Team manages the population.

Our video team documented the latest count of Mexican wolves in this informative and visually stunning story.