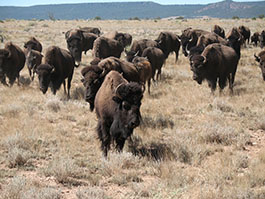 Located approximately 30 miles east of Flagstaff, Raymond Wildlife Area is comprised of about 15,000 acres and, as its name implies, was purchased from Dr. R.O. Raymond who was an outdoor enthusiast. Today the area offers the opportunity to view wildlife, including pronghorn, bison, elk, mule deer, golden eagles, ferruginous hawks and Gunnison’s prairie dogs.

Another reason to visit is to observe the earth cracks in the Kaibab limestone throughout the area. While the cracks may look like small openings, they can be deep and extensive. Sunrises and sunsets over the grasslands can be breathtaking, but visitors should be prepared for constant wind in the spring and warm temperatures in the summer.

Yeager Canyon Trail is an easy to moderate two-mile loop near the wildlife area’s headquarters. At its highest point the trail offers amazing views of the San Francisco Peaks, Meteor Crater, Chavez Pass and Anderson Mesa. 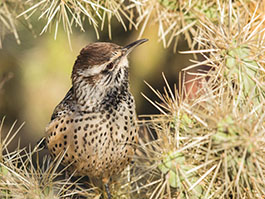 Do you have a knack for capturing great photos of Arizona’s wildlife? Do you want to see your photo on the cover of Arizona Wildlife Views, Arizona’s award-winning magazine about wildlife and outdoor recreation? Then you won’t want to miss the Arizona Game and Fish Department’s 12th annual Arizona Wildlife Photo Contest. One best in show and 11 first-place winners will be showcased in the 2019 calendar, published in the November-December 2018 issue of Arizona Wildlife Views. The contest accepts entries through Aug. 10 at 5 p.m. MST. Read more 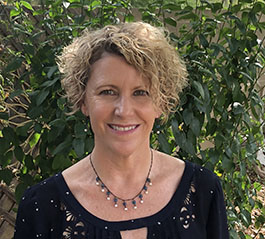 The Western Association of Fish and Wildlife Agencies (WAFWA) honored conservation professionals from several western states with awards commending their work to conserve fish and wildlife resources at an awards ceremony July 16 at the organization’s annual conference in Eugene, Ore. 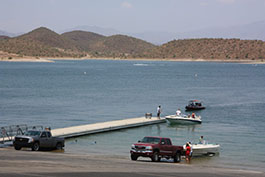 The U.S. Bureau of Reclamation has allocated more than $4 million to support existing work by western states and tribes to combat the spread of invasive quagga and zebra mussels. Arizona has several quagga mussel-infested waterbodies and will benefit from the increased funding. The allocation is part of an initiative by Department of Interior Secretary Zinke called, “Safeguarding the West: Actions to Strengthen Federal, State, and Tribal Coordination to Address Invasive Mussels.” Arizona was among the first western states to have an introduction of the invasive mussels following their 2007 discovery in Lake Mead. Read more

AZGFD In the News

The Arizona Daily Sun covered the rescue of an osprey that got its talon caught in twine and netting in its nest in Flagstaff. A local birdwatcher and photographer contacted AZGFD to help with APS also coming to assist. “APS brought its bucket truck to the site, which hoisted an APS worker and AZGF employee up 85 feet next to the snag, where they were able to free the osprey from the entanglement,” according to the article. Read the article

AZGFD continues to fill more 3,000 water catchments throughout the state to help wildlife find water during the drought. The White Mountain Independent covered the effort, reporting that in a normal year the department delivers about 400,000 gallons of water but this year expects to deliver 1.5 million gallons. Read the article

Biologists fighting back against invasive snail

Biologists recently took to the Salt River by kayak to help remove invasive apple snails. They were on the lookout for groupings of bubblegum pink eggs, which were knocked into the water where the snails can’t survive. KTVK 3TV joined us at the river to learn about this important initiative and how the public can help. (Hint: “Just use your paddle.”) Watch the news report

Weather forecasts are showing that a resurgence of Arizona’s monsoon is on the horizon and while badly needed moisture may be on the increase, so will the possibility of insect-borne diseases that can impact people, pets and wildlife. Earlier this month a dead prairie dog tested positive for plague in Coconino County and Maricopa County Vector Control officials detected West Nile and St. Louis encephalitis viruses in mosquito pools. Another disease not uncommon during summer months is tularemia, an infection that can be transmitted to humans. 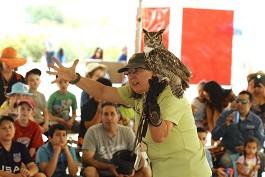 The Arizona Game and Fish Department will webcast a presentation outlining the need to establish a dedicated funding source for outreach, education and public awareness. The webcast, scheduled for 6 p.m. Aug. 9, will open a 30-day public input period that ends Sept. 8. The webcast will be recorded and made available throughout the public input period. Read more

Join our biologists for a nighttime walk of discovery as we explore the hidden lives of nocturnal animals. The Ben Avery Shooting Facility is home to a variety of wildlife including coyotes, bobcats, mule deer, owls, mice, snakes, scorpions and an abundance of other animals. While afield, we will black-light for scorpions and search for other wildlife such as snakes and mice that are active at night during the warm months. Register online

Ever wonder what it would be like to see hundreds of elk in one place at one time? That opportunity is possible during the elk viewing workshop hosted by AZGFD with support from the Arizona Watchable Wildlife Experience and Mormon Lake Lodge. The workshop includes a presentation and field trip to watch elk at Mormon Lake. Register online

Make plans to attend the 21st annual Arizona Outdoor Hall of Fame Banquet and honor your fellow conservationists on Saturday, Aug. 18, at the Embassy Suites by Hilton Scottsdale Resort. This year’s inductees into the Outdoor Hall of Fame include two outstanding individuals, Catherine Cimellaro and Tracy Unmacht, and three outstanding organizations, the Arizona Deer Association, Diablo Trust, and the Southwest Wildlife Conservation Center. Get more information and order tickets 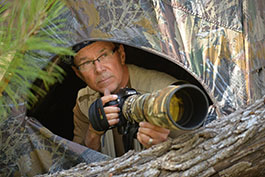 George Andrejko has been the department’s official photographer since 1989, and his photos illustrate exactly why a picture is worth a thousand words. George’s iconic photos have covered three decades of historic wildlife relocations and recovery efforts led by AZGFD. While he has captured amazing pictures of Arizona’s wildlife, he’s especially fond of photographing birds. “You see the intricacies of their colorations of their patterns of their sizes,” he said. “There’s always a new shot or a better pose.”