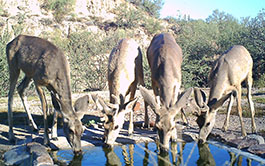 Water is the essence of life, and it’s just as precious for Arizona’s wildlife.

As drought conditions persist across the Southwest, the Arizona Game and Fish Department (AZGFD) is preparing for another record-setting year of delivering lifesaving water to thirsty Arizona wildlife.

AZGFD trucked and airlifted an unprecedented 2.4 million gallons of life-sustaining water to catchments throughout the state in 2020. With little relief in sight, AZGFD anticipates hauling close to 3 million gallons of water in 2021.

“We usually get a break from hauling water in August after monsoon rains refill much of our water catchments,” said Joseph Currie, habitat planning program manager, who oversees AZGFD’s water-catchment efforts. “However, due to this extreme drought, we haven’t stopped hauling water from 2020. We anticipate having to haul more water this year than we ever have before.”

Trail cameras document the results of this critical work, with images of elk, deer, bighorn sheep and other species leaning over for a refreshing drink at one of 3,000 catchments maintained by AZGFD.

“Water catchments don’t discriminate; they’re used by all wildlife from big game to some of the smallest squirrels, lizards, birds, bats and even bees,” Currie said.

To help defray the rising costs of providing water for Arizona’s wildlife, the public is encouraged to support the department’s “Send Water” donation campaign by simply texting “SENDWATER” to 41444 from any smartphone. All funds that are raised ensure that AZGFD can deliver water to remote areas of the state, as well as help to mitigate population fluctuations caused by severe drought conditions.

While AZGFD partners with several wildlife organizations, the department bears much of the costs of hauling water. It also maintains about 1,000 of its own catchments statewide, some of which must be filled with water flown in by helicopter. In addition, AZGFD maintains 1,000 Bureau of Land Management and 1,000 U.S. Forest Service catchments.

This is the 75th year that AZGFD has been hauling water to Arizona wildlife, with the first “Arizona Guzzler” assembled in 1946.

For more information about how AZGFD conserves and protects 800-plus wildlife species that call Arizona home, or to make a donation to the Send Water campaign, visit AZwildlifehero.com 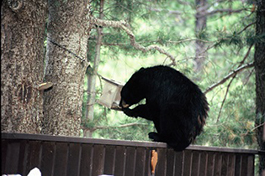 Arizona’s hot, dry conditions have reduced the amount of natural vegetation available to bears,  increasing the chances of them wandering into populated areas in search of food. While bears are typically shy and tend to avoid humans, their excellent sense of smell can be problematic for both the animals and humans.

Wildlife officials advise those living or visiting bear country to avoid feeding wildlife and to not leave trash, food or other attractants such as pet food or bird seed accessible, because a fed bear is a dead bear.

“If a bear becomes habituated to getting food from trash cans and other human sources, it’s only a matter of time before it loses its fear of humans and begins to actively search out human food sources,” said Larry Phoenix, Flagstaff regional supervisor. “At that point, the bear becomes a threat to public safety.”

Here are some tips to avoid attracting bears:

Keep them away from your home

In case of a bear encounter

Bear sightings in areas where there is human activity should be reported to AZGFD’s dispatch center at 623-236-7201. For questions or to obtain a brochure on living with bears, visit www.azgfd.com/Wildlife/LivingWith 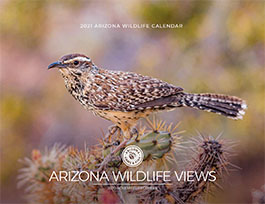 Do you want to see your photo on the cover of Arizona Wildlife Views magazine? Do you have a knack for capturing great photos of wildlife?

One best in show and 11 first-place winners will be showcased in the 2022 calendar, which is published in the November-December issue of Arizona Wildlife Views. The best-in-show photo is published on the cover of the issue and as one of the photos representing a month.

We’re partnering with Arizona Highways to provide an easier way to submit photographs. Use the online form at www.arizonahighways.com/wildlife-photo-contest to submit your Arizona wildlife photos. Each contestant may submit a maximum of three photographs, which must be uploaded as separate submissions through the form.

Winners will be announced online at www.azgfd.gov/photocontest and www.arizonahighways.com after Nov. 1, 2021.

Walk on the Wild Side: Sipe White Mountain Wildlife Area 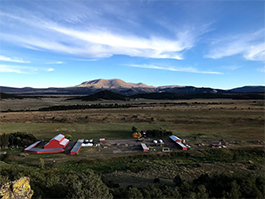 The Sipe White Mountain Wildlife Area near Eagar provides opportunities for wildlife viewing and hiking, with four trails that wind through a variety of habitats.

Several wildlife-viewing points are located on the trails, including one with a spotting scope on the High Point Trail overlook. Habitats include several reservoirs, a stream, wetlands, irrigated meadows and pastures, upland grasslands and piñon-juniper woodlands. There also is a visitor center and a day-use picnic area.

The best bird-watching location is along Rudd Creek, and in the orchard and tall trees around the visitor center. Songbirds include mountain and western bluebirds, northern flicker, Virginia’s warbler, white-breasted nuthatch and American robin. Merriam’s turkey, band-tailed pigeon and more can be found here.l

The area is open from sunrise to sunset. The visitor center is open 8 a.m. to 5 p.m. through early October. Parking is available only at designated sites. Reminders: The area is closed to camping, there are no open fires, and the cutting or gathering of firewood is prohibited.

Directions: From the town of Eagar, take U.S. Highway 180/191 southeast toward Alpine for about two miles. Look for turnoff signs immediately at the top of the first mesa at Milepost 404.7 (Forest Road 57). Drive about five miles on Forest Road 57, which is a dirt road suitable for passenger cars, to the area property. 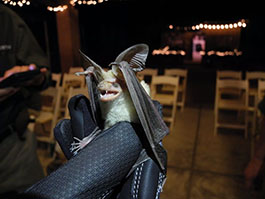 Video of the Month: Bobcats at play 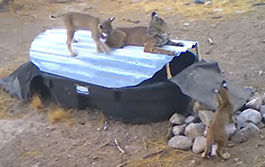 Check out this inquisitive family of bobcats goofing around on top of a water catchment.
Watch the video