Walk on the Wild Side: Abineau-Bear Jaw Loop 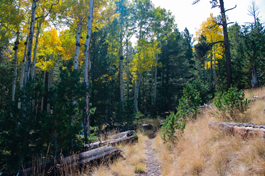 It’s officially fall — time to get outdoors and enjoy the changing scenery! While colorful during all seasons, the Abineau-Bear Jaw Loop’s aspen groves provide hikers with views of the classic fall colors as their leaves change in late September through mid-October.

Located in the Coconino National Forest, the Grand Canyon is 70 miles from the Abineau and Bear Jaw trails, which connect to provide a scenic loop through forested canyons. Wildlife viewing opportunities may include black bears, mule deer, elk, Steller’s jays and Clark’s nutcrackers.

The hike is seven miles long, rated as strenuous and takes about four and a half hours roundtrip. 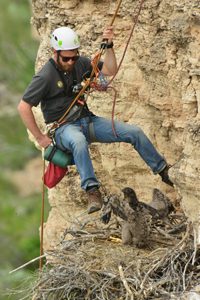 Arizona’s bald eagle population continues to soar as the number of breeding areas expanded statewide and a record 82 young hatched during the 2017 breeding season, according to an annual Arizona Game and Fish Department survey.

While the number of hatchlings rose from the previous high of 79 in 2016, the number of young that actually fledged dipped slightly to 63 birds that made the important milestone of their first flight.

In Arizona, at least 95 eggs were laid, which was slightly less than the 97 laid in 2016, and a record 85 breeding areas were identified, including two new areas. Read more about Arizona’s bald eagle breeding sites. 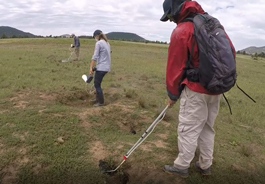 In August, fleas tested near the Red Lake area north of Williams tested positive for plague, a potentially fatal disease that could eradicate prairie dog colonies and other infected animals. Plague-infected fleas were also recently found at an AZGFD research plot at Garland Prairie near Flagstaff.

“Unfortunately, it has been a very busy year for plague,” said Holly Hicks, a small mammals biologist with AZGFD. “An infestation can prove detrimental for prairie dog populations because they are highly communal animals, and the disease spreads easily in a colony.” Read more about the dusting of prairie dog burrows. 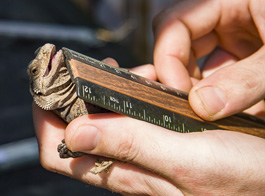 Arizona Game and Fish Department biologists worked in partnership with the Arizona Department of Transportation and Gila River Indian Community’s Department of Environmental Quality to relocate chuckwallas in the area of the South Mountain Park/Preserve where the Loop 202 South Mountain Freeway will pass through.

Chuckwallas are large lizards (up to 15 inches long) that wedge themselves into cracks between rocks when they’re threatened, instead of fleeing an area like most animals do.

Groups of four to eight biologists worked to locate the lizards, capturing approximately 120 chuckwallas and weighing and measuring them before releasing the chuckwallas several hundred feet away. The lizards’ feet were tagged with white paint, and 15 chuckwallas were fitted with radio telemetry harnesses that allow biologists to track their movements. Read more about the project on ADOT’s website. 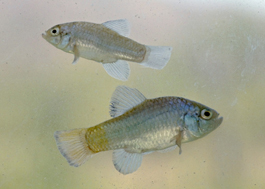 Get more information from AZGFD online and watch the live-streaming pupfish cam to view the fish and other native wildlife in a pond that’s aiming to establish a gene pool for conservation efforts.

From highlighting the Sonoran pronghorn recovery to an in-depth look at the making of a wildlife manager, the Arizona Wildlife Views TV show covered a diverse range of wildlife and topics in the last season.

And there’s good news if you missed any of the shows from 2016: You can watch them all now on the Arizona Game and Fish Department’s YouTube channel. The Emmy-award winning program is produced by the department’s Information Branch and airs on PBS and city cable channels.