November 2022
In This Issue

A couple of recent examples:

The department and Southwest Wildlife also team up on many other projects, including Mexican wolf recovery and wolf pup fostering efforts. The sheer number of other wildlife that Southwest Wildlife rescues, rehabilitates and releases on an annual basis is staggering. The organization is a greatly appreciated partner in the conservation of Arizona’s wildlife resources. 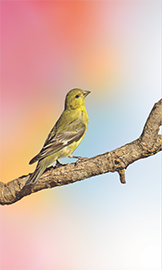 iNaturalist is a Web-based tool that allows users to upload observations from the natural world.

Those observations can then be identified by other members of the community and provide valuable information to scientists about species distributions. In fact, it is an example of citizen science, an opportunity for the general public to contribute data to real-world science projects.

To date, more than one million people have contributed nearly 40 million observations into iNaturalist. It’s free to join the iNaturalist community and contribute observations. It can be accessed via inaturalist.org or through a mobile app. 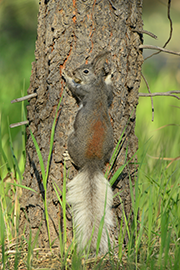 Scientific name:   Sciurus aberti. A suggested origin of the name comes from the Greek skia, meaning shadow, and oura, or tail, for the one that sits in the shadow of its own tail. The latter part, aberti, honors Col. John Abert, who led the U.S. Army Corps of Topographical Engineers for three decades in exploring and mapping lands west of the Mississippi River.

Description: Also called “tassel-eared squirrels” because they develop long, showy hairs, or tassels, on their ears from fall to spring. Typical Abert’s squirrels are large gray squirrels with a rusty stripe down the back, a white belly and an eye-catching gray tail trimmed in long white fur. However, some have black bellies and white tails, and even melanistic forms historically roamed Arizona forests.

Distribution: Six subspecies are found from southern Wyoming into northern Mexico. In Arizona, their range follows ponderosa pine forests across the White Mountains, Mogollon Rim and Kaibab Plateau, with isolated populations in the Chuska Mountains and introduced populations in many other ranges (e.g., Bradshaw, Hualapai, Pinaleno, Santa Catalina).

Habitat: Abert’s squirrels usually occur in ponderosa pine, but they have been seen in other conifer forests and even above treeline on Humphreys Peak. Ideal squirrel habitat contains open, unevenly aged ponderosa pine stands interspersed with small clusters of dense, young trees. Large trees provide cones, nesting areas and a network of interlocking canopies for travel.

Biology: Abert’s squirrels are diurnal and active year-round. They live three to four years and are fairly solitary but not territorial. They do not cache food resources but may bury unopened cones in scatter-hoard fashion. Abert’s squirrels eat ponderosa cone seeds, male cones, terminal buds and dwarf mistletoe infecting the trees. They also forage for fungi growing at the base of the trees and eat Gambel’s oak acorns. A unique feeding strategy setting them apart from other tree squirrels is that they eat the inner bark of pine shoots and terminal branches. They do so primarily in winters when persistent, heavy snowfall limits access to other foods, but it is a poor diet that leads to starvation. Breeding occurs April to June, with two to five kits born to coincide with emerging buds, fungi and tree seeds. Kits stay in the nest for seven to nine weeks before emerging in August. The female and young stay together through the fall and then the kits disperse.

Status: A popular small game animal in Arizona, this species is generally stable across its range. Large fluctuations in squirrel density among seasons or years are typical and come as a result of differences in the local abundance and quality of their food, the occurrence of deep, persistent snows during the preceding winter and droughts that may cause reproduction to fail.

Other: These squirrels are typically active in the morning and early evening. When searching for Abert’s squirrels, look for clipped needle clusters, peeled twigs and shelled cone cores on the ground. In really open ponderosa pine stands, watch for squirrels along the edges of more dense forest. 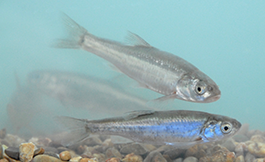 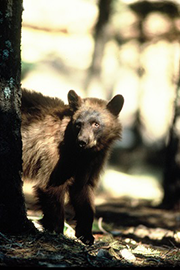 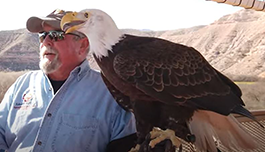 All aboard! Share a picturesque train ride on the Verde Canyon Railroad with a special guest — Sonora, the bald eagle. Sonora was injured in the wild and cannot be released, so she serves as an educational ambassador for Liberty Wildlife, a wildlife rescue and rehabilitation service in Phoenix. The hope is that all who meet Sonora will come away with a greater appreciation for Arizona’s wildlife.