December 2022
In This Issue 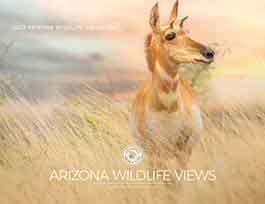 The Arizona Game and Fish Department has unveiled its 2023 wildlife calendar, which showcases the winning photographs from its annual contest.

Twelve winning photographs are included in the full-size calendar that is published in the November-December 2022 issue of Arizona Wildlife Views magazine. All subscriptions ordered through Dec. 31, 2022, will receive the calendar issue and also get free bonus issue(s) added to the order. The calendar also will be sold at all Arizona Game and Fish Department offices for $3 (while supplies last).

David C. Vincent’s photo of an American pronghorn in Sonoita was awarded best in show and is featured on the cover of the calendar issue. “I had a feeling something was going to happen the day I took this photo because the light was magical,” said Vincent, a Tucson resident.

Given the strength and diversity of this year’s nearly 1,900 entries, the judges singled out 20 images from talented photographers for honorable mention. Those photos also are featured in the calendar issue.

Already one of the best deals around, a subscription to Arizona Wildlife Views is even better if you order through Dec. 31, 2022:

Subscribe today to bring Arizona’s wildlife and wild places into your home!

AZGFD in the News: Residents in central Phoenix get rare sighting of javelina 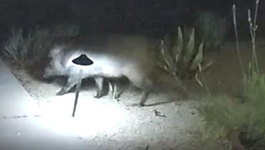 Kudos to ABC15 Arizona and reporter Jorge Torres for a recent news story about how a javelina was caught on Ring camera video in a historic Phoenix neighborhood near Central Avenue and Camelback Road. Arizona Game and Fish Department spokesperson Amy Burnett explains why javelina sightings in urban neighborhoods might become more common.

Sandhill cranes by the thousands are once again returning to their wintering grounds at the Whitewater Draw Wildlife Area in southeastern Arizona.

For the next few months, viewers can observe almost 20,000 of these fascinating birds on a live-streaming camera installed by the Arizona Game and Fish Department (AZGFD). View the live stream

To view the department’s live-streaming cameras, go to information on wildlife viewing, and click on “Wildlife Viewing.”

Walk on the Wild Side: Mittry Lake Wildlife Area 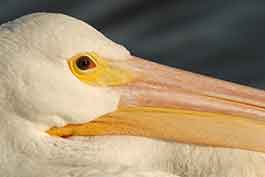 Mittry Lake Wildlife Area, jointly managed by the Arizona Game and Fish Department and the U.S. Bureau of Reclamation, includes about 600 acres of water surface and 2,400 acres of marsh or upland habitat. A wide variety of vegetative and wildlife species can be found here, with a scenic backdrop of three mountain ranges.

Mammals that frequent the area include mule deer, javelina, bobcats, desert bighorn sheep, and wild burros. There are no facilities or designated areas for camping, but camping is allowed. Call the Bureau of Land Management’s Yuma field office (928-317-3200) for more information. There is a three-lane boat launch ramp for motorized boating on the lake. 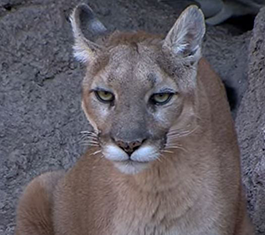 Encounters with mountain lions are rare in Arizona. But if you live, work or recreate in mountain lion habitat, there are some things that can be done to enhance your safety. Mark Hart, a public information officer for the Arizona Game and Fish Department, demonstrates a few techniques to stay safe.