Learn About Big Cats in Arizona 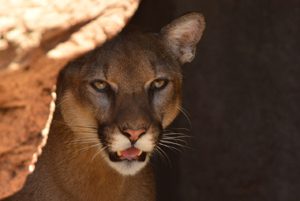 What is the status of mountain lions in Arizona?

Does Arizona have a “trophy” mountain lion hunt?

No, mountain lions are managed as are all hunted wildlife for sustainable harvest in a fashion that does not put the species at risk. To ensure this, all mountain lions that are harvested by hunters have to be physically checked in at an Arizona Game and Fish Department office so data can be collected on the age and sex of the animal so that population status can be monitored. The term “trophy” has repeatedly been misused to mislead people into a distorted view of mountain lion harvest.

How are mountain lions managed in Arizona?

Mountain lions are regulated by several statutes and Commission Order. For example, it is unlawful to harvest a female lion with kittens or to harvest a spotted kitten. The Department has implemented several changes to update “best management practices” as part of the agency’s adaptive management protocols that dictate the Commission evaluate and establish management guidelines on a periodic basis. An example of these changes is the establishment of several zones in the state with harvest thresholds that would close the season in that zone when a predetermined number of mountain lions have been harvested in that zone.

What data does the Department use to manage mountain lions?

Mountain lions are difficult to survey due to their cryptic behaviors, and similarly to most wildlife agencies, the Department manages this species on data that are derived from harvested animals. Every harvested mountain lion has to be physically checked in by a Department employee so age and sex data can be collected and analyzed to determine the age distribution of harvested animals. These data are used to create a demographic representation of the population in the wild. In addition, the Department uses harvested female data to adjust open areas if a predetermined percentage of the harvest is adult females. This threshold, which is based on the best available science, has never been met in Arizona.

Is there any indication that mountain lion harvest in Arizona is not sustainable?

No, to the contrary, all of the harvest data that the Department uses to ensure sustainable populations suggests that the population is stable to increasing in many parts of the state. The age distribution is “normally distributed,” a measure that suggests that based on the best available literature, the population is not being over exploited. The age of every harvested animal is determined by “cementum aging” techniques, a time-proven method to assess age.

Is there concern that an unmanaged mountain lion population will affect other wildlife species?

This is a complicated question, but it is well established that prey base (animals available for predators to feed on) can be a limiting factor for top predators, and mountain lions are no exception. It is feasible that in the area where Mexican wolves are being established, an unregulated mountain lion population, coupled with a growing Mexican wolf population, could adversely affect the prey base and in turn adversely impact both predatory species.

If mountain lion populations are not effectively managed, will there be an increase in human-lion conflicts?

What is Arizona’s mountain lion population?

Mountain lions are a difficult species to assess population due to their cryptic nature; however, the Department is using a technique that uses age at harvest data to back calculate an estimate of the population. This is a newly employed method for Arizona that applies statistical assessments of the population and is the method that is being used by several states for big game species. This is the most cost-effective method available to the Department. The Department is always seeking new methods to manage wildlife and this method constitutes the best available science. Our current population ranges from approximately 2,000 to 2,700 statewide, and based on harvest data, there is no indication of population decline.

Are there any Western states with mountain lions that do not allow regulated harvest?

If a law to ban regulated mountain lion harvest were to pass in Arizona, will the Arizona Game and Fish Department still be able to adequately respond to mountain lion incidents?

Currently, the Department not only receives funding from our regulated hunting for this species, but our hunters also provide a valuable management tool. The loss of this tool and the reduced funding that the Department receives from the sale of these tags which are used for conservation purposes would reduce our ability to manage mountain lions. Depending on the language of a law, the Department’s ability to address human-mountain lion conflicts could be compromised. 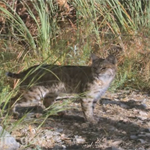 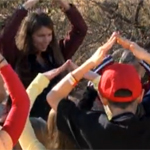 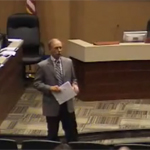 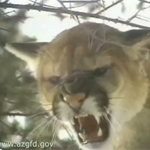 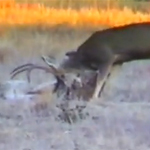 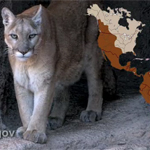 In response to a public records request, the documents have been posted below and are now available for any member of the public to review.