A state of growth 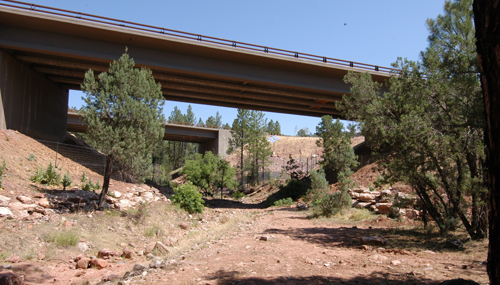 Arizona’s population is currently 6.5 million people and is expected to more than double to 16 million people by the year 2050. Adding almost 10 million residents means a need for more homes and businesses and transportation and energy corridors. According to the Gallup Arizona Poll and recorded in the report The Arizona We Want, Arizonans highly value aesthetics and the natural environment. The report states, “It’s important that growth and development in the future respect the passion that citizens feel for their environment.” The poll indicates that the policy ideas most favored by citizens to protect the environment include adopting water management plans statewide and implementing policies that balance population growth with preserving open space.

Our wildlife resources are an important component of Arizona’s natural environment. As new roads, communities, and energy corridors are put on the ground, the wildlife that traditionally moved through the area are forced to find ways around or through the new structures. This increases the likelihood of interactions with humans. Some of these interactions are simply nuisance encounters with wildlife digging a den under someone’s front porch or eating landscaping plants, but some may be more serious where harm can come to the human and/or the animal. Increasing connectivity for wildlife in a planned manner will reduce the frequency of negative interactions and will allow animals to move to the resources they need.