The Apache trout (Oncorhynchus apache) is one of only two trout native to Arizona, the other being the Gila trout (Oncorhynchus gilae) Gila trout recovery. It is officially designated as Arizona’s state fish, and was historically found only in the headwaters of the White, Black and Little Colorado Rivers above 5,900-feet elevation in east-central Arizona.

Apache trout have an olive-yellow body, with a yellow or golden belly. Moderate-sized black spots are spaced evenly across the body, head and fins. Fins are tipped with a white or orange color. Two black spots are located horizontally on the eye fore and aft of the pupil, creating a black band through the eye. They can grow to over 20 inches in length and weight up to 5 pounds in hatcheries and lakes; however, most wild Apache trout are less than 9 inches in length, a reflection of the small stream habitats where they live.

RETURN OF AN ARIZONA NATIVE

Once nearing extinction, the Apache trout is now returning to its place in the legacy of Arizona’s unique, native fish resources. Apache trout have been restored to much of their historic range in the White Mountains after decades of cooperative protection and recovery efforts. Because the species has recovered sufficiently, anglers can now fish for them in designated state waters or on the Fort Apache Indian Reservation. This native trout is an important part of Arizona’s natural heritage, and is a recreational and economic asset to the state. The Apache trout is found nowhere else in the world. 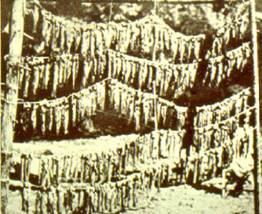 Apache trout were once abundant in White Mountains in the late 1800s. Historic photos and accounts show early settlers harvesting hundreds of Apache trout in a single trip. In the early 1900s, state and federal wildlife agencies began stocking non-native trout species into the streams and lakes of the White Mountains to increase fishing opportunities for Arizona’s fast-growing population. Officials believed they were addressing the problem of over-fishing in Apache trout streams and did not realize these supplemental stockings would become one of the greatest threats to Apache trout, nearly wiping them out. Nonnative trout – rainbow, brook, cutthroat, and brown – out-compete Apache trout for limited food and cover, and prey upon young native trout. Rainbow and cutthroat trout are also genetically similar and cross-breed with Apache trout, compromising the genetic purity of each species.

Apache trout require clear, cold, gravel-bottomed streams and could not withstand these changes. Once plentiful throughout the estimated 820 stream miles in the White Mountains, pure Apache trout declined in numbers and distribution, and were reduced to only 30 miles of stream habitat by the mid-1950s. 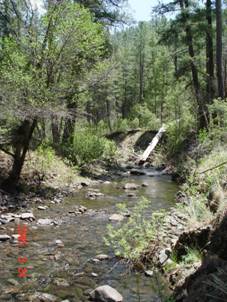 The White Mountain Apache Tribe took the first critical steps to conserve the species in 1955 by closing fishing on reservation waters that contained any remaining pure trout populations. Apache trout became one of the first species to be federally listed as endangered in 1969.

In 1975, representatives from the Arizona Game and Fish Department, White Mountain Apache Tribe, US Fish and Wildlife Service and USDA Forest Service formed the Apache Trout Recovery Team. Its goal was to develop a plan that would recover the species and ensure the long-term survival of Apache trout in its historical range. Early conservation work and the successful efforts of the recovery team led to the downlisting of Apache trout in 1975 from endangered to threatened. Simultaneously, a special rule under the Endangered Species Act was adopted, allowing limited fishing of pure Apache trout in specific areas, which led to valuable angler support for the conservation of this species.

Under the team’s recovery plan, the species may be considered recovered and potentially removed from endangered species list when 30 self-sustaining populations have been established within historic range. Recovery will be especially significant because at present, no fish species has ever been removed from the endangered species list, except those that have gone extinct. Most of the threats have been addressed and we are close to reaching the recovery criteria of 30 populations.

The success and progress of Apache trout recovery is the result of decades of cooperative protection and recovery efforts by the recovery team and a number of partners, including the US Fish and Wildlife Service, USDA Forest Service and White Mountain Apache Tribe, plus private partners such as Arizona Flycasters, Anglers United, Arizona Wildlife Conservation Council, Desert Flycasters, Federation of Flycasters, Mothers for Clean Water, Old Pueblo Trout Unlimited, Sierra Club, Trout Unlimited and others. 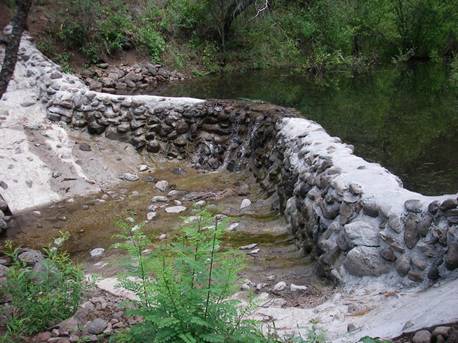 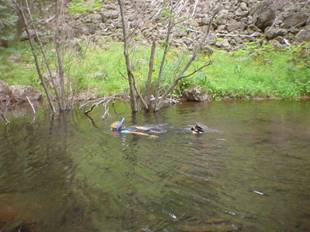 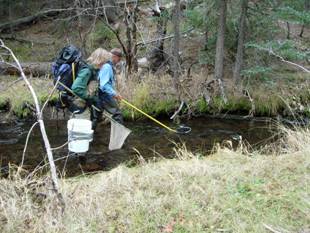 A breeding stock of pure Apache trout is managed at the Williams Creek National Fish Hatchery, where eggs are produced, hatched, and raised to be catchable-sized trout. The hatchery personnel stock Apache trout for recreational fishing on the Fort Apache Indian Reservation under the management of the White Mountain Apache Tribe

Arizona’s state hatcheries at Silver Creek and Tonto Creek assist with Apache trout production. Hatchery staff stock several waters in eastern Arizona for recreational fishing, including the East Fork of the Black River, lower West Fork of the Black River, the Little Colorado River in Greer, the West Fork of the Little Colorado River at Sheep Crossing, and upper Silver Creek. The state also stocks some lakes, of which Lee Valley Lake is most notable. Most of these stocked areas are open to fishing and allow a normal bag limit of harvested trout. However, some locations have special gear and bag limit restrictions.

White Mountain Apache Tribe initiated Apache trout conservation efforts when the only known populations existed on the Fort Apache Indian Reservation. On March 24, 1955 the tribe closed all streams within the boundaries of the Mount Baldy Wilderness Area to fishing. Subsequently, other streams deemed important to Apache trout conservation were also closed to fishing.

Intensive fishery surveys were conducted by the U.S. Fish and Wildlife Service and the Arizona Game and Fish Department in cooperation with the White Mountain Apache Tribe to determine the Apache trout status. A controlled propagation program was initiated as part of the federal and state Apache trout recovery effort. Apache trout stockings into streams began in 1963.

The Apache trout was one of the first species to be down-listed from endangered to threatened after re-evaluation of its status. The down listing included a 4(d) rule that allows the state to authorize selective angling opportunities. Hatchery reared fish were stocked to establish angling opportunities.

The recovery team prepared an initial recovery plan for Apache trout. The plan was updated in 1983 and again in 2009.

The Arizona Game and Fish Department in cooperation with the U.S. Forest Service developed a habitat improvement plan to install approximately 30 miles of riparian fencing to protect important stream segments from livestock and/or elk damage.

The U.S. Forest Service in cooperation with the Arizona Game and Fish Department began the National Environmental Policy Act (NEPA) process for implementing remaining recovery actions that would lead to delisting. The process was completed in late 2002.

Many fish barriers were constructed on streams to prevent upstream migration of nonnative trout. Stream renovations and subsequent stockings of pure Apache trout continued. The recovery plan was updated and was published on the Federal Register for public review in July 2007. Recovery criteria may be met at the end of 2007.

The U.S. Fish and Wildlife Service in cooperation with the Arizona Game and Fish Department began the process of applying to delist the Apache trout from the federal register of endangered and threatened species. The Apache trout is being proposed for delisting because the targets for delisting as laid out in the Apache Trout Recovery Plan have now been reached.