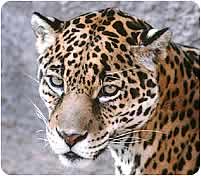 In Arizona and New Mexico, a state-led Jaguar Conservation Team (JAGCT) is working to protect and conserve a species that many people do not even know is native to the United States. Created in 1997, JAGCT is a voluntary partnership among state, federal, and local government agencies, private individuals, and other entities with an interest in jaguar conservation. Their efforts and those of colleagues in Mexico are helping create a more promising future for the jaguar in the U.S.-Mexico borderlands.

JAGCT activities include: compiling scientific literature and occurrence information; developing protocols for jaguar sighting-verification, handling, capture, and verification of prey killed; creating an education curriculum; monitoring jaguar presence (primarily through the Borderlands Jaguar Detection Project); and developing procedures for the Malpai Borderlands Group (MBG) to use in voluntarily compensating livestock owners for documented losses to depredating jaguars. One depredation has been documented as of February 2009; MBG compensated the livestock owner.

JAGCT has also assessed the possible effects of several predator control methods on jaguars and formed various committees to deal with other issues related to jaguar conservation. A Scientific Advisory Committee advises JAGCT on its objectives in and approaches to jaguar conservation. The advisory committee includes several of the most renowned and well-published jaguar conservation experts in the world, as well as expert veterinarians and two scientists who have been working with bordelands jaguars for a decade or more.

As JAGCT tasks are completed, reports and other documents are made available here in downloadable format, or in printed form upon request. Be sure to look here for periodic updates on JAGCT activities. To receive electronically distributed updates on jaguar-related issues, including public notices of JAGCT meetings, visit http://azgfd.gov/signup and subscribe to the electronic newsletter, Endangered Species Updates.

Protect and conserve jaguars in Arizona and New Mexico and, through cooperation with Mexico, in the adjacent borderlands.

Public Records provided in response to an April 24, 2017 request, for all records in AZGFD’s possession related to jaguar sightings in Arizona since January 1, 2010: