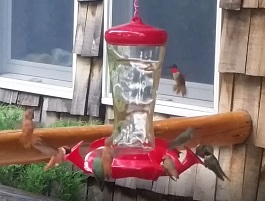 The 17th annual event will be livestreamed from the Sipe White Mountain Wildlife Area on AZGFD’s Pinetop regional Facebook page at Facebook.com/AZGFDPinetop/. No public events are planned.

The Southeastern Arizona Bird Observatory bands hummingbirds each year to study their migration patterns, as well as document their numbers at the wildlife area near Pinetop. A question-and-answer session will be conducted with hummingbird banders Sheri Williamson and Tom Wood, both of whom founded the observatory, following the banding broadcast.

The visitor center remains closed at the Sipe White Mountain Wildlife Area, but picnicking and hiking are allowed. For information on recreating safely and responsibly outdoors, review all guidelines established by the Arizona Department of Health Services and the Centers for Disease Control and Prevention, as well as these tips provided by AZGFD.

Questions for the hummingbird banders will be solicited from the public via Facebook posts or by email to Jackie Follmuth, public affairs community liaison, at jfollmuth@azgfd.gov. 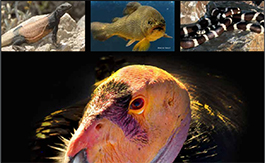 Thirty years ago, Arizonans showed their support for wildlife in a momentous way. In 1990, voters passed the Heritage Initiative by a nearly two-to-one vote, allowing up to $10 million in lottery funds to be invested annually into wildlife and habitat conservation.

The positive effect of this funding source on the Arizona Game and Fish Department cannot be overstated — the department does not receive general fund tax dollars. Funding is provided primarily by the sale of hunting and fishing licenses, tags and stamps, as well as a federal excise tax on firearms, ammunition and fishing equipment.

The Heritage Fund makes up about 10 percent of the department’s budget and helps it to leverage federal grants that would otherwise be out of reach. 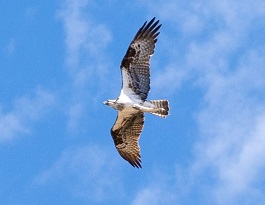 Luna Lake is located three miles east of Alpine on Highway 180, making it an easy destination for wildlife watchers, hikers and boaters (a concession/general store is on location). For more information, contact the Alpine Ranger District at (928) 339-4384. 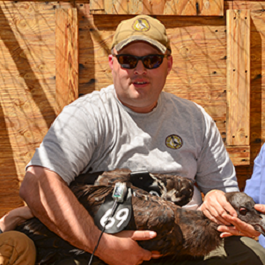 One of the most critically endangered birds in the world, the California condor, is slowly making a comeback in Arizona, thanks to the Arizona Game and Fish Department and experts like Allen Zufelt.

As the department’s condor program manager, Zufelt and his team spend most of their time addressing one of the biggest threats to the survival of the species — lead poisoning as a result of the birds ingesting fragments of lead bullets from feeding on carcasses or gut piles of animals shot by hunters.

“My job entails a lot of discussion with hunters and hunting groups, providing lead-free ammunition, giving presentations to different groups, and highlighting the issue of lead poisoning and how we can reduce that in order to promote ecosystem health,” Zufelt said.

The team’s hard work is paying off, with almost 90 percent of hunters willingly trading in their lead-based bullets for safer ammunition that poses less of a risk to these magnificent birds.

There once was a time when Zufelt thought he would be an engineer, but his career path took a detour while he was flipping through a course catalog one day as a student at Northern Arizona University. “When I first saw that they offered a Biology-Fish and Wildlife Management degree, I thought, ‘This is exactly what I do for fun all the time. What could be better?’ ”

Now, 16 years into his career, Zufelt knows that he made the right move. His favorite thing about the job is that he gets to make a difference in the world.

“I feel that this is a sacred stewardship we have as people, and I am happy to be a part of that,” Zufelt said. “Whether I’m surveying elk, capturing pronghorn, monitoring condors, conducting snorkel surveys, or working on my computer, I’m involved in driving where our wildlife will be for generations to come.”

It’s not all hard work, however. Zufelt remembers a time when he was in the field and spotted a condor playing with bridge cross-members (the structure that gives a bridge its rigidity). “It would flap and flap really hard to get to the top of this cross-member, and then it would slide down to the bottom. It played like this for quite some time,” he said.

Wildlife conservation in Arizona isn’t an easy job, and Zufelt knows that it takes more than just the team at Game and Fish to conserve and protect the state’s wildlife — it takes everyone. His advice?

“Use common sense when you venture out into the world,” he said. “Don’t destroy quality places with your activities. Stay on roads, take your trash home with you, be thoughtful and aware of how your actions are affecting others, and we will all have made a better place for everything and everyone.”

Also, control the depth of field to focus attention where you want it. Wildlife photography is not like shooting a landscape, where you want everything in focus. Here, often you want the background to blur. Use larger apertures (a smaller f-stop number) and closer focusing distances to produce a shallower depth of field. This technique will make your wildlife subject the center of attention, just as it should be. —  George Andrejko, photographer, Arizona Game and Fish Department

Video of the Month: Liberty Wildlife 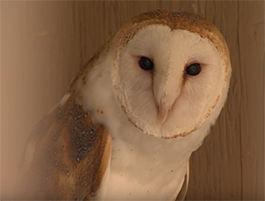 See how Liberty Wildlife nurtures the nature of Arizona through wildlife rehabilitation, natural history education and conservation services to the community.