September 2020
In This Issue 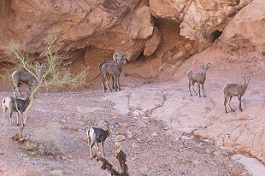 The Arizona Game and Fish Department (AZGFD) recently received an alert from one of its solar-powered remote water sensors, located in the Chocolate Mountains near Yuma, indicating that a wildlife water catchment — critical to wildlife survival — was dry.

Concerned for the well-being of the animals, an AZGFD team hiked — in scorching heat — nearly two miles of steep terrain to assess the situation. Upon arrival, the team discovered the empty water catchment — and 15 bighorn sheep standing nearby. A broken pipe was responsible for the water shortage. The team mitigated the problem by turning on a back-up water system.

Without the real-time data from the electronic water measuring system, AZGFD would have not found the failure for weeks, which could have resulted in the death of bighorn sheep and other wildlife. YPG has developed and installed a total of four remote sensors on its property, where AZGFD manages several water catchments.

“Rain is unpredictable in southwest Arizona, and this requires innovative approaches and partnerships to protect wildlife,” said Mike Sumner, regional supervisor for the department’s regional office in Yuma.

“By continuing to foster our relationship with our partners at the U.S. Army’s Yuma Proving Ground — which adapted existing range equipment to monitor these water sensors — we can develop affordable solutions to protect wildlife and provide them with the water they need to survive during dry periods.”

AZGFD in the News: With no help from the monsoon, state crews deliver water to wildlife 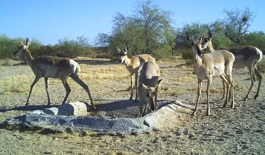 Kudos to The Arizona Republic and reporter Anton L. Delgado for a recent article explaining how the Arizona Game and Fish Department resupplies wildlife water catchments across the state left dry by the lack of summer rains. 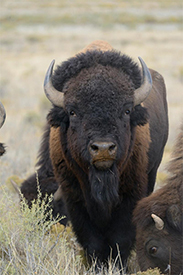 Raymond Wildlife Area, located about 20 miles southeast of Flagstaff, is regarded as one of the state’s premier locations for watchable wildlife opportunities in northern Arizona.

The wildlife area consists of almost 15,000 acres of desert scrub grassland and pinon-juniper woodland that provides a year-round range for pronghorn, mule deer and bison (and winter range for elk).

In addition to watchable wildlife opportunities, there is a hiking trail on the east side of the wildlife area’s headquarters. Yeager Canyon Trail offers a light to moderate two-mile hike. Camping is allowed only in designated sites, located directly west of headquarters.

The wildlife area is about a one-hour drive east of Flagstaff. To get there, take Interstate 40 to exit 225 (the “Buffalo Range” exit). Proceed south of Interstate 40, following the signs about 10 miles on a maintained gravel road to headquarters. 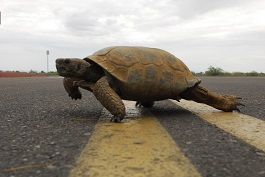 Kudos to KJZZ 91.5 and reporter Christina Estes for a recent article explaining why desert tortoises are more active during Arizona’s monsoon, and what people should do — and don’t do  — if they encounter one of the slow-moving reptiles. 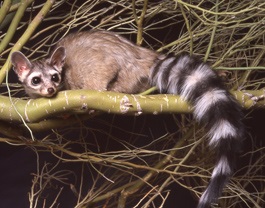 Did you know the state mammal of Arizona is the ringtail? It was so designated by a vote of Arizona’s schoolchildren in 1986.

The ringtail is a cat-sized carnivore resembling a small fox with a long, raccoon-like tail. The tail is about the length of its head and body, with 14 to 16 black and white bands and a black tip.

Ringtails are shy and primarily active at night. Sometimes mistakenly called “ringtail cats,” they are related to raccoons. The ringtail feeds on fruits and insects, as well as small reptiles, birds and mammals. It is especially fond of white-throated woodrats (packrats) and will live in their dens after eating them.

The ringtail is found throughout the state, preferring rough, rocky areas with caves and crevices.

Video of the Month: Owl release 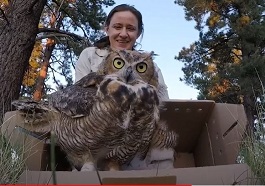 Watch as Holly Hicks, a biologist for the Arizona Game and Fish Department, releases a great horned owl in northern Arizona.

The orphaned owl had no major injuries when it was brought to one of the department’s partners, Liberty Wildlife. The bird was raised by adult “foster” owls until it was ready to be returned to the wild.