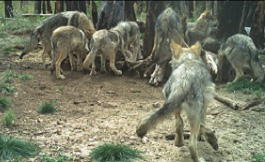 In April, AZGFD and the U.S. Fish and Wildlife Service (USFWS) cross-fostered four genetically valuable wolf pups into the Hoodoo Pack from a litter in captivity at the Sedgwick Zoo in Wichita, Kan.

AZGFD wolf biologists were scheduled to begin fall trapping efforts in September to document cross-fostered wolves that have survived, and to deploy tracking collars to monitor and manage the wolf population in Arizona.

Last spring, biologists from the AZGFD, New Mexico Department of Game and Fish and Mexican Wolf Species Survival Plan, with extensive logistical support from USFWS, cross-fostered a total of 20 genetically diverse wolf pups from captive facilities across the U.S. into litters of wild wolf packs. Since 2014, there have been 52 genetically diverse wolf pups cross-fostered into the wild to work toward genetic recovery of the Mexican wolf population.

AZGFD in the News: National Weather Service radar picks up on huge colony of bats over Phoenix 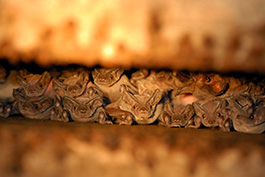 Kudos to 3TV/CBS 5 and reporter Spencer Blake for a recent article about how a colony of bats, most likely Mexican free-tailed, appeared one evening on National Weather Service radar. It is believed the bats were coming out of a cave, a tunnel, or a bridge and then dispersing to find bugs to eat across the Phoenix area.

AZGFD in the News: Just how fast is a roadrunner? 6 things to know about Arizona’s iconic bird 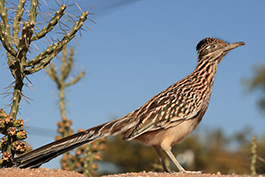 Kudos to The Arizona Republic and reporter Shaena Montanari for a recent article about the roadrunner, the long-legged speedster related to the cuckoo that can leave a human in the dust, outduel an angry rattlesnake, and eat just about anything it can swallow. 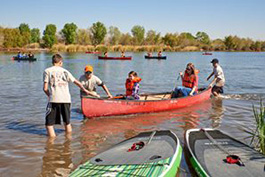 The lower Gila River stretches from west Phoenix, east to the historic Gillespie Dam Bridge, providing opportunities for bird watching, fishing, kayaking and more. Every year, in late winter, partners host the Tres Rios Nature Festival at Base and Meridian Wildlife Area to celebrate this ecologically rich desert waterway. LGRC is increasing these kinds of opportunities for communities to get to know their backyard river, while improving wildlife habitat and restoring river flows.

Among the challenges that the partners are taking on is invasive salt cedar, a Mediterranean tree species that drastically alters the flow and function of the river. The LGRC invites the public to participate in restoration and stewardship with an online event calendar, volunteer opportunities and upcoming meetings at www.lowergilariver.net.

“We have been working with partners for several years on this vision,” said Jackie Meck, Buckeye’s mayor who serves on the LGRC Leadership Council. “It’s wonderful to see it continue and grow.”

Phoenix Mayor Kate Gallego, also a member of the LGRC Leadership Council, said, “Collaboration that creates environmental, social and economic value along the lower Gila not only enriches the region, but also provides a direct benefit to the investment and efforts the City of Phoenix has made to revitalize the Salt River corridor over the past two decades.”

The LGRC Leadership Council includes mayors and councilmembers of Avondale, Buckeye, Goodyear and Phoenix; directors of Flood Control District of Maricopa County and Maricopa County Parks and Recreation; the governor of the Gila River Indian Community; and AZGFD and Arizona State Forestry and Fire Management representatives. The collaborative engages more than 40 additional partners from the public, non-profit and private sectors in its working groups and committees. The group meets annually as a full collaborative.

Video of the Month: We are Game and Fish 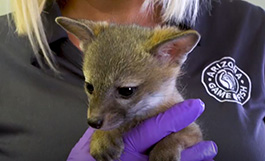 It is the Arizona Game and Fish Department’s mission to conserve Arizona’s diverse wildlife resources and manage for safe, compatible outdoor recreation opportunities for current and future generations. Check out what we do, and the dedicated, hard-working people who do it.