November 2019
In This Issue 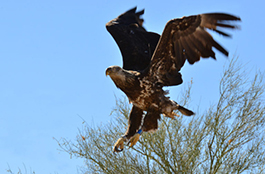 A record number of bald eagle breeding areas couldn’t guarantee another shattered record of eagle nestlings, which dipped to 71 during the 2019 breeding season from 87 hatched in 2018.

During the Arizona Game and Fish Department’s annual bald eagle survey, raptor biologists counted a minimum of 74 occupied breeding areas statewide, which was up from the 69 counted last year. Despite that, the number of eggs laid this year dipped slightly to 97 from the 102 counted last year.

“While we always hope for Arizona’s bald eagle population to increase, it’s not uncommon for productivity to slow occasionally,” said Kenneth Jacobson, the department’s bald eagle management coordinator. “Similar comparatively lower productivity rates were also seen in 2014 and 2010, so we were due for a slow year.

“Overall, our eagle population continues to be strong because we continue to see an increase in breeding areas statewide. Our ongoing efforts to help conserve and protect Arizona’s bald eagles appear to be working.”

Arizona’s bald eagle population has flourished since 1978, when 11 pairs were counted within the state and the species was listed as endangered. Today, there are an estimated 74 adult breeding pairs.

The impressive recovery of the population is attributed to the continued efforts of the Southwestern Bald Eagle Management Committee  — a coalition of Game and Fish and 27 other government agencies, private organizations and Native American tribes — and its years of cooperative conservation efforts, including extensive monitoring by the nationally-awarded Bald Eagle Nestwatch Program.

AZGFD in the News: Game and Fish liaison casts his line at GCU 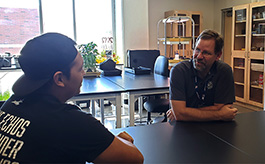 In addition to being the department’s aquatic habitat program coordinator, Weedman brings his 28 years of knowledge and experience to the school’s College of Science, Engineering and Technology as its first liaison. Weedman spends every other Thursday afternoon meeting and mentoring students who might have questions about how they can pursue a career in wildlife conservation.“Whether they wind up working in the field or not, if they think about it a little bit more and understand about wildlife conservation and what it means to society . . . they’ll have a little bit better understanding and support for it, and they will be more interested in conserving it,” Weedman told GCU Today, the school’s digital news source. 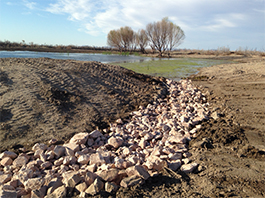 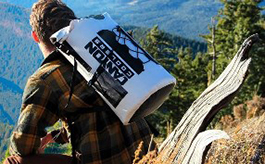 Join Canyon Coolers in supporting the 800-plus species of wildlife that call Arizona home.

Now through Nov. 22, click here to automatically apply the discount code “CONSERVE” at CanyonCoolers.com, and you’ll get 10 percent off and a free copper tumbler (while supplies last). Plus, Canyon Coolers will donate 10 percent of your total purchase price to the Arizona Game and Fish Department (AZGFD) to support wildlife conservation.

Use this link to automatically apply the discount code to your cart: http://bit.ly/2lMqoSp.

AZGFD is proud to announce this unique collaboration with Canyon Coolers, a premium cooler company headquartered in Flagstaff, as part of its ongoing efforts to find innovative ways to fund wildlife conservation. With strong local ties and a deep-rooted interest in the great outdoors, Canyon Coolers is eager to support the department’s mission.

This collaboration exemplifies the governor’s emphasis on embracing innovation to promote small businesses, while expanding opportunities to fund conservation of the state’s natural resources. AZGFD conserves and protects the state’s 800-plus species of wildlife, and this critical wildlife conservation work is done without any general fund tax dollars. Your support makes all the difference in our combined success.

*Offer valid toward online purchases only. Cannot be combined with any other discounts or promotions. 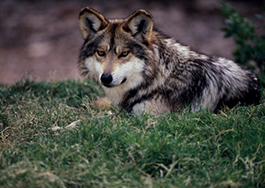 Mexican wolves and coyotes are intelligent, social canines that live in family groups and play important roles in Arizona’s ecology. Jeff Meyers, watchable wildlife program manager for the Arizona Game and Fish Department, will discuss the various distinguishing features, habitats, ecological niche and life history of these amazing canines. The cost is $34 per person ($27 for members). Register 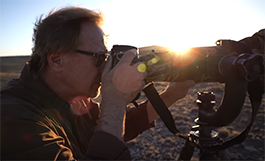 If you’ve ever marveled at the images on the Arizona Game and Fish Department’s website, its social media platforms, or on the pages of the award-winning Arizona Wildlife Views magazine, then you’ve seen the work of George Andrejko. Check out a video about this incredibly talented,  award-winning photographer and his dream job that has spanned three decades. Enjoy.