November 2020
In This Issue 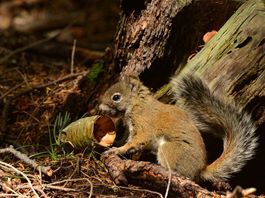 Three years after their habitat was nearly wiped out by the 2017 Frye Fire in the Pinaleño Mountains of southeastern Arizona, an annual survey of the endangered Mount Graham red squirrel shows an exciting and notable increase in their population.

AZGFD in the News: Game and Fish working to reintroduce parrots once native to Arizona 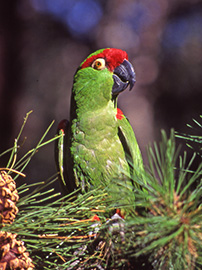 Kudos to 12News and reporter Rich Prange for a recent article about joint efforts between wildlife researchers in Arizona and northern Mexico to reintroduce thick-billed parrots in the southern part of the state. 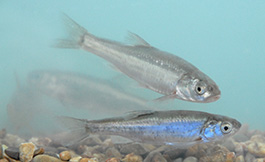 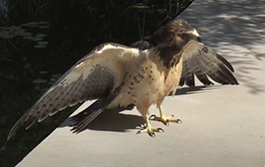 The Arizona Game and Fish Department (AZGFD) recently partnered with Liberty Wildlife to successfully release a rehabilitated Swainson’s hawk back into the wild.

AZGFD wildlife manager Nick Thompson responded to a call May 27 that indicated there was an injured hawk at the Mohave County Landfill in Golden Valley. Thompson safely rescued and transported the hawk, which had suffered a shoulder injury, to Liberty Wildlife in Phoenix.

The hawk likely had spent a few days on the ground, unable to fly, leaving it malnourished and dehydrated. Liberty Wildlife workers were able to treat and rehabilitate the female raptor, which made a complete recovery.

“To see that bird again when she took off and was so strong on that flight to leave; it’s a special moment and feeling to know that I helped save that bird,” Thompson said.

AZGFD biologists were able to place an identification band on the bird and attach a lightweight transmitter to track the bird’s progress, movement patterns and post-release survival as part of a larger project evaluating raptor migration through Arizona.

“Normally, this Swainson’s hawk would have been returned to the area of rescue; however, since the hawk’s migratory pattern to South America had already begun, releasing the hawk from the Phoenix area saved her some flight time as she headed south for the winter months,” said Kenneth “Tuk” Jacobson, raptor management coordinator.

As of three weeks ago, the transmitter had indicated the hawk had traveled more than 1,800 miles. It was last tracked in Guatemala on Oct. 21. 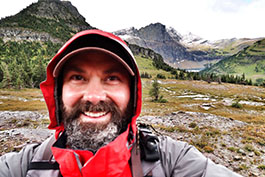 Arizona is home to four different species of wildcats, including the third-largest felid in the world.  Wildcats of all species are capable of taking prey much larger than themselves and seemingly impossible feats of athleticism.  Feared, vilified, and worshiped, wildcats have had a varied relationship with humans from the beginning of time. From jaguars to bobcats, learn about these misunderstood predators, as well as their current ecology and biology. Register here

Who are you calling a pig? Javelina, also known as collared peccaries, are actually not pigs, even though they have that undeserved reputation. Learn about the history, behavior and adaptations of these highly sociable, widely distributed, and often-seen animals that roam Arizona. Register here

Learn about the high cost of habitat fragmentation and how it affects wildlife, ecosystems and humanity. A portion of the lecture will explore some case studies conducted in Arizona and discussion will include possible solutions to one of the most significant threats to wildlife and humanity in modern times. Register here

Take an in-depth look at these fascinating rodents known for their charismatic acrobatics and adorable antics. Learn about the natural history, modern distribution and special adaptation of these small mammal desert dwellers. Register here 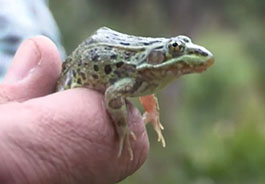 For the past 25 years, the Phoenix Zoo, the Arizona Game and Fish Department, and the U.S. Fish and Wildlife Service have partnered to conserve the threatened Chiricahua leopard frog. Check out how these wildlife agencies work together to raise these fascinating amphibians from  eggs to adult frogs, ready for release into the wild.