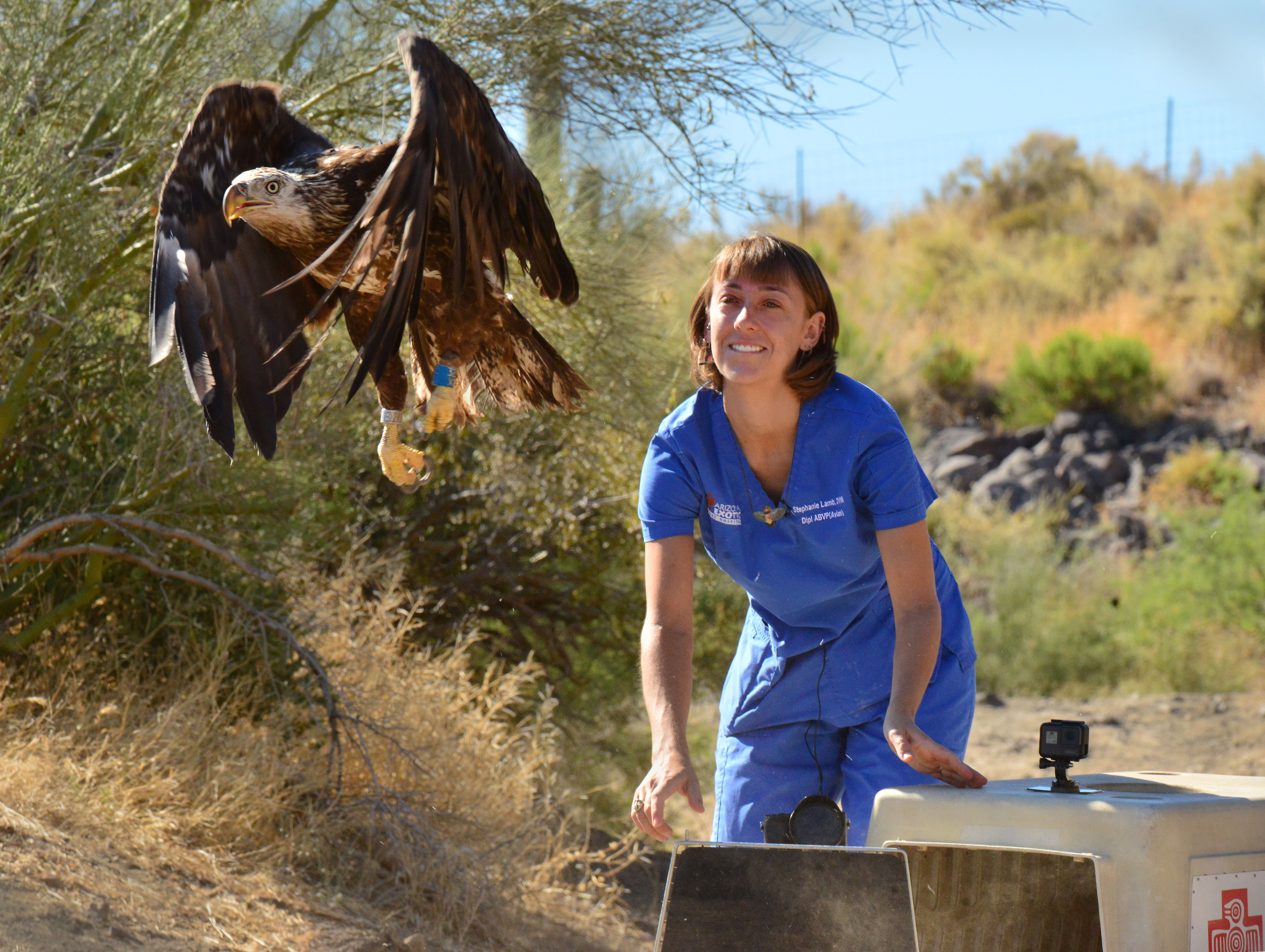 PHOENIX — After a graceful half-mile flight across Horseshoe Lake, the 3-year-old bald eagle released back into the wild by Arizona Game and Fish Department and Liberty Wildlife was free once again.

It was a fitting conclusion for the bird that was found in February at a Queen Creek dairy suffering from a shattered femur. Left untreated the bird would have certainly died, yet four months later, a small group of onlookers watched in excitement as this national symbol glided low across the water’s surface, declaring its independence just days ahead of the July 4 holiday.

“As an agency, we strive to conserve and protect all of the state’s wildlife, but participating in something like this ahead of the Fourth of July is something special,” said AZGFD raptor biologist Kyle McCarty. “This eagle now has another shot at survival and in a couple of years, when it becomes of breeding age, it may go on to bolster Arizona’s growing bald eagle population. For us, every eagle counts.”

In 2016, a few miles downstream along the Verde River, McCarty placed numbered metal bands around the bird’s legs when it was a nestling. This past winter, the bird was presumingly healthy and flourishing until recently when it somehow shattered its left leg and was found on the ground. 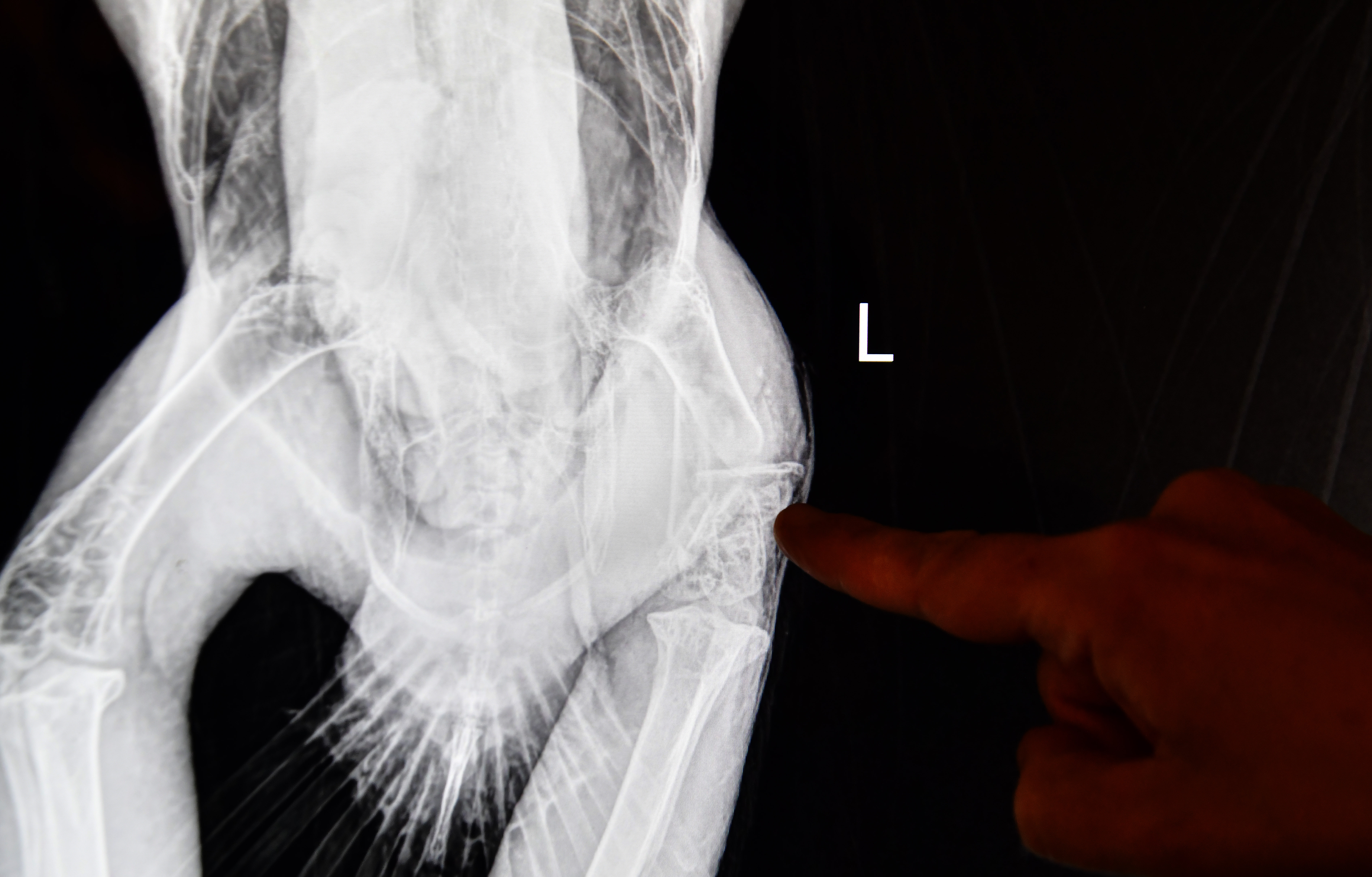 X-rays taken at Liberty Wildlife showed the lower part of the bird’s leg was a shattered mess, requiring a 45-minute surgery to place a metal rod and screws to repair the damage.

“It was a pretty severe break and took longer to heal than we had expected, but with time and great care from our medical team, including volunteer veterinarian Dr. Stephanie Lamb, the leg was repaired and he’s able to grasp well with it,” said Liberty Wildlife biologist Laura Hackett.  “He is the 105th bald eagle that Liberty Wildlife has been able to help return back into the wild in its 38 year history.”

The bird spent the next four months recovering at Liberty Wildlife and on June 24, biologists placed a hood over its head and eyes, and booties placed over its long, sharp talons to help calm the bird. Dr. Lamb steadied the bird as McCarty and fellow AZGFD raptor biologist Jennifer Presler strapped a GPS transmitter to its back to help track its movements.

“The use of a GPS transmitter presents a special opportunity because many younger birds do not survive past their first year,” McCarty said. “A 3-year-old-bird will potentially be able to tell us a lot about which areas are important for pre-breeding eagles. We’ll also be afforded the chance to learn about their breeding habitat should the bird and transmitter survive another year or two.” 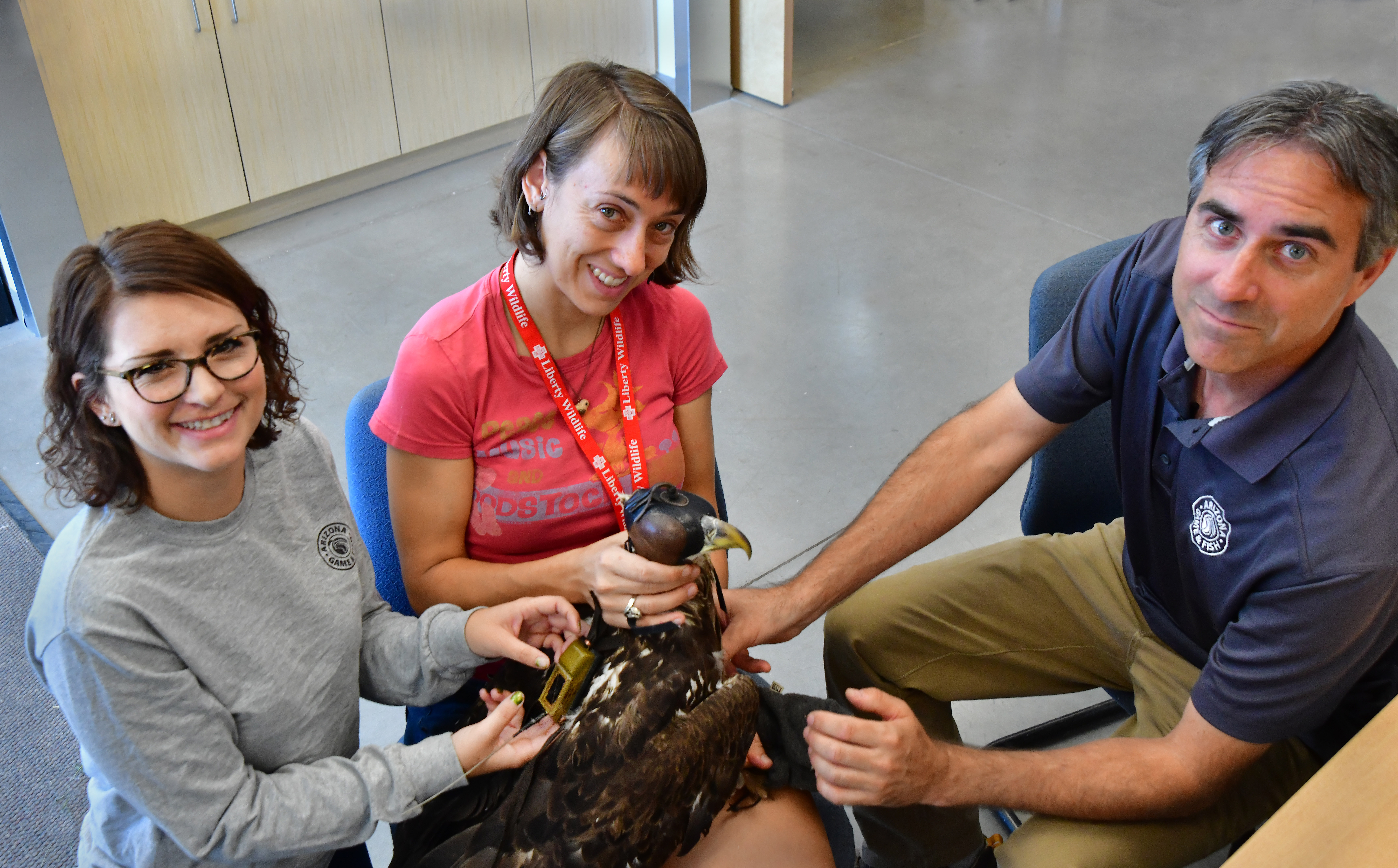 Last week, the transmitter tracked the young eagle 22 miles north of the Horseshoe Lake release site. By Sunday, June 30 it flew south along the Verde River, returning to the Bartlett Lake area where it hatched and took its first flight, known as fledging.

Arizona’s bald eagle population has flourished since 1978, when only 11 pairs were counted within the state and the species was listed as endangered. Today there are an estimated 75 adult breeding pairs.

Last year, the number of breeding areas expanded statewide and a record 87 young hatched, with 70 reaching the milestone of their first flight. AZGFD biologists are in the middle of their annual survey for the current breeding year and results will be available later this fall.

For more information about what Arizona Game and Fish Department does to manage the state’s 800-plus native species, including bald eagles, visit www.azgfd.gov. To learn more about what Liberty Wildlife does to rescue and rehabilitate wildlife, visit www.libertywildlife.org.